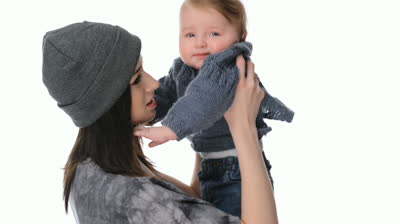 AMES, Iowa – President Obama outlined several initiatives aimed at improving workplace flexibility and access to affordable child care as part of a White House Summit on Working Families. The president highlighted the fact that the U.S. is the only developed country to not offer government-sponsored paid maternity leave – a fact that Susan Stewart, an associate professor of sociology at Iowa State University, says needs to change.

“It’s mind-boggling and it’s shameful,” Stewart said. “Despite the challenges of not having paid maternity leave as well as adequate access to child care, we continue to have more children in the U.S. than other developed countries. I think it is part of our individualism in America that the family is solely responsible for its well-being and I think it contributes to a lot of inequality.”

The Family and Medical Leave Act of 1993 allows workers to take up to 12 weeks of unpaid leave for medical and family needs, but Stewart says it is unrealistic for most families to go that long without a paycheck. She recognizes that changing the system is complicated, and it won’t happen overnight. Offering greater workplace flexibility is one option that would be easier to implement in a short time frame, she said.

For example, research has shown that few men take advantage of paid paternity leave, even when it is offered by their company, Stewart said. The stigma associated with paternity leave is one of the main reasons why. However, both men and women benefit when companies offer more flex time.

“Employees are still getting their work done, but they’re fitting their work around their family needs. I think encouraging employers to offer flex time is something that wouldn’t take a complete overhaul of how we approach working families,” Stewart said.

On average, women make 75 percent of what men make, according to the National Committee on Pay Equity. Increasing the number of women working in STEM (science, technology, engineering and math) fields is one way to reverse that trend, Stewart said.

“Those are the high paying jobs. One of the main reasons why we have disparity in income is we have a huge problem in occupational sex segregation. Women track into more female-jobs, while men track into traditionally male jobs and the male jobs pay more,” Stewart said. “In our society, we just don’t value those jobs that deal with caretaking or traditional women’s roles.”

Stewart adds that access to affordable, quality child care will allow more women, especially low-income women, to work outside the home. If mothers cannot find safe child care, they will opt to stay home to care for their children.