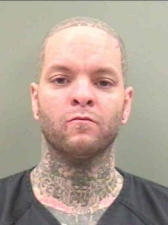 CEDAR RAPIDS – A man serving out the last few months of a sentence on federal drug charges was sent back to prison for twenty-one months when he walked away from the Gerald R. Hinzman re-entry center after testing positive for alcohol.

In a plea agreement, Devos admitted he was convicted on December 7, 2006, in the United States District Court for the Northern District of Iowa, of conspiracy to distribute heroin. Devos was sentenced to 104 months in federal prison. Toward the end of his prison sentence, Devos was transferred to the Hinzman Center, a residential re-entry center in Cedar Rapids, to help him transition back into society. He was permitted to leave the center to find employment. On December 14, 2013, Devos tested positive for alcohol when he returned to the center that day. While the staff waited to perform a second breathalizer test, Devos walked away from the center without permission. United States Marshals captured Devos two days later hiding at a residence in Iowa City.

Devos was sentenced in Cedar Rapids by United States District Court Chief Judge Linda R. Reade. Devos was sentenced to twenty-one months’ imprisonment. A special assessment of $100 was imposed. He must also serve a three-year term of supervised release after the prison term. There is no parole in the federal system.

Devos is being held in the United States Marshal’s custody until he can be transported to a federal prison where he will finish serving out his prior prison sentence before starting his new prison sentence.