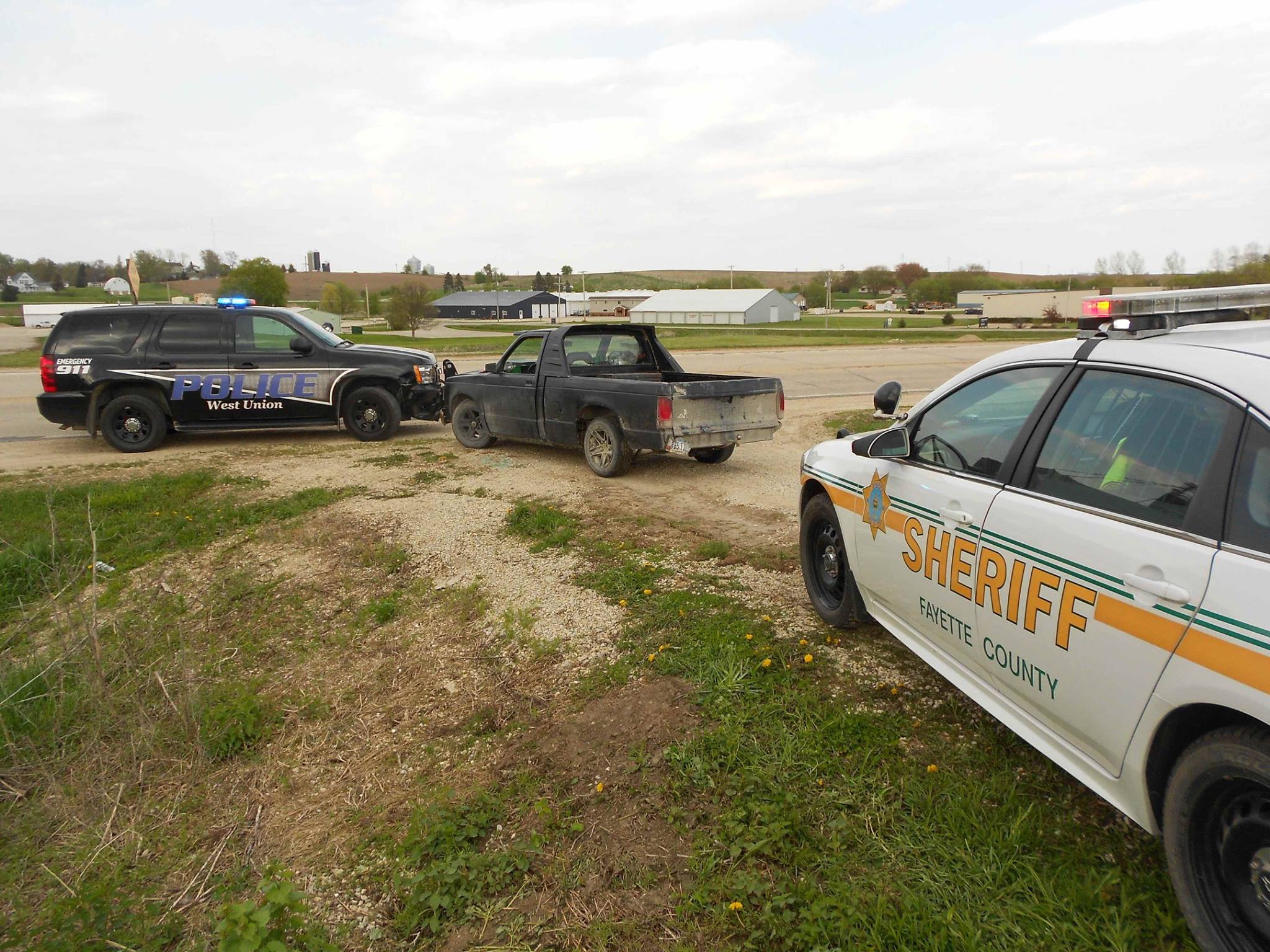 WEST UNION – A wanted Iowa man refused to stop for police and led them on a dangerous chase.

According to the Fayette County Sheriff’s Office, on May 17, 2014, a deputy observed Robert TC Gould, age 34, of West Union, driving west on Fillmore Road. Gould was known to be wanted out of Buchanan County and known to be suspended from driving. The Deputy attempted to stop the vehicle, but Gould refused to stop, entering the City of West Union. Gould led deputies and officers through yards before ramming a patrol vehicle in the 100 block Franklin Street in West Union.