MCPD arrest two within an hour for stealing from Wal-Mart

Police told NIT that two persons were arrested on Wednesday, April 23, at Walmart for shoplifting during two unrelated incidents about an hour apart.

A 17-year-old male, Devan Lovejoy from Forest, City was arrested for 5th Degree Theft at 6:52 PM that day and released to his parents. 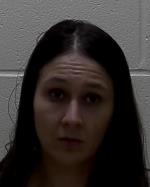