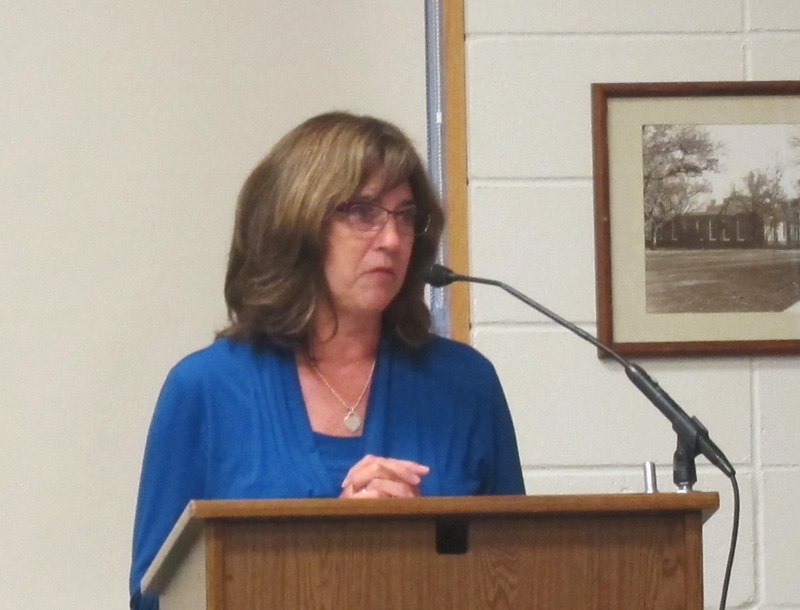 MASON CITY – Angela Determan will likely be retained by the city of Mason City in a role that furthers the Blue Zones initiative.

Determan and two others are currently employees of Healthways, which is working in conjunction with Wellmark Blue Cross/Blue Shield insurance company, and have worked in Mason City for two years in the Blue Zones program.

A contract between the city and Healthways expires in May after the two year contract expires, leaving the city with the onus of finding their own personnel to run the program, a requirement to stay a Blue Zones Community.

Now, the city is proposing a contract with Angela Determan to keep her here working on the Blue Zones program. She would be paid $53,153.25 per year on a contract basis for this part-time position, city documents say, with mileage of 56 cents per mile and office space and equipment provided by the city.

“The program has been very successful under the leadership of Angela Determan,” City Administrator Brent Trout said.

“There are many unknowns with this program,” Trout continued, in a city hall document released this month. He said that the agreement with Determan will have to be re-evaluated after the first year, at which point (3 years into the program) the city will face a re-certification process to remain a Blue Zones Community.

“The city is currently committed to this program,” Trout continued, “but as we move forward there may come a time that we no longer want to be affiliated with the program.”