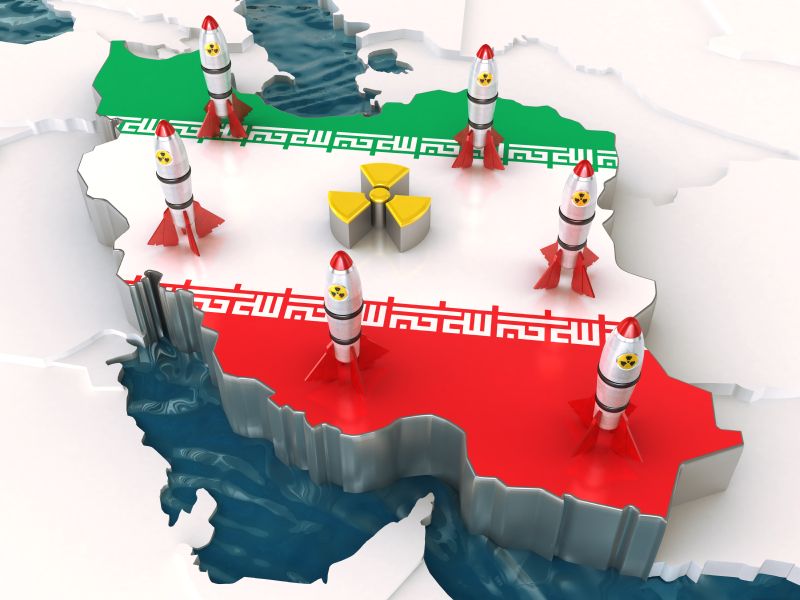 WASHINGTON – Amid ongoing skepticism among lawmakers about Iran’s nuclear intentions, a senior Defense Department official told Congress Tuesday the United States will not allow Tehran to build a nuclear weapon, and that if Iran decided to use nuclear talks as a cover for developing one, Washington would be able to detect it.

Elissa Slotkin, principal deputy assistant secretary of defense for international security affairs, told the House Armed Services Committee the military remains prepared for all options if Tehran would decide to secretly develop a bomb while engaging in diplomacy.

“Any comprehensive agreement that we ever negotiate will emphasize verifiable means,” Slotkin said. “And importantly, we remain confident that we could tell if Iran was making a dash toward a weapon, and if that decision was made, it would take at least a year” for a nuclear device to be developed.

After years of suspicion about its nuclear program from Western nations, Iran reached an agreement with the international community in November in which it pledged to temporarily halt some of its nuclear activity in exchange for a lifting of some sanctions. Negotiations are set to resume later this month in Vienna on a comprehensive accord that would ensure Iran does not move forward with a nuclear weapons program.

But some lawmakers remain skeptical about Tehran’s intentions, and measures have been introduced in the Senate to toughen sanctions against the country.

“We are now focused on testing the prospects for a comprehensive nuclear deal based on verifiable actions that convince us and the international community that Iran is not trying to obtain a nuclear bomb,” Slotkin said.

Iran maintains that its nuclear program is for energy and medical proposes, but U.S. and other Western officials believe the impact of strong international sanctions account for the country’s interest in negotiations and today. Anne Patterson, the assistant secretary of state for Near Eastern affairs, told the committee sanctions have left Iran’s economy “in shreds.”

There was also extensive questioning at the hearing of U.S policy toward neighboring Iraq, in particular from lawmakers who asked Slotkin whether a new outbreak of Sunni violence in Anbar province could have been dealt with more quickly if the United States had not withdrawn all combat troops after the two countries failed to reach a status of forces agreement in 2011.

Slotkin said the United States is encouraging the Iraqi government to address Sunni grievances, but disputed the notion that a reduced U.S military presence in the country could have made a substantial difference in the current unrest.

“At the height of the American presence in Iraq, at the height of the surge, 170,000 troops, we had levels of violence that we’re seeing right now in Anbar,” she said. “So, I’m not sure that a remaining force of 10,000 would have been able to prevent this.”