Will it be Hickey versus Draper for second ward City Council? 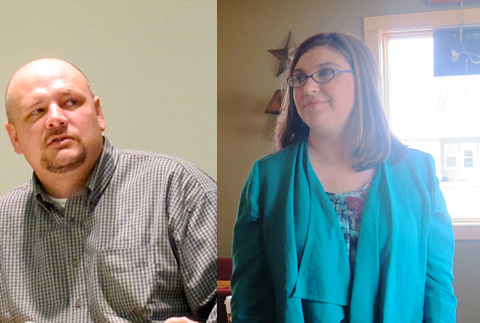 MASON CITY – Now that Jodi Draper is settled in as a candidate for the second ward Mason City City Council seat, will the incumbent, Travis Hickey, soon declare that he wants to keep his perch there?

Mr. Hickey has been coy about his intentions, telling NIT that his career has been in over-drive at Fed-Ex, requiring him to work nearly 60 hours a week since he received a promotion.  He also said that his family life is important to him and he wants to “be around more” for them.

The odds are that Mr. Hickey will run for re-election.  He has dropped hints at a downtown eatery that he has strong support.  Mr. Hickey told a potential candidate in the second ward that there are individuals who are ready to contribute $1,000 each to his campaign.  Some local political gurus suggested that announcement was a warning to the potential candidate to “not even bother” getting into the race.

At that same local eatery in recent days, sources – including the potential candidate himself – told NIT that Mason City Mayor Eric Bookmeyer made an appearance and told the potential candidate that it is almost “impossible” to beat an incumbent and that (with emphasis, in his most serious mayoral voice) “NO ONE will beat Travis Hickey.”

Sounds like a man gearing up for a fight.

If it becomes a Hickey versus Draper race, what will the issues be?

Will Mr. Hickey talk about Mrs. Draper’s job with Cerro Gordo County and her possible fear of Jay Urdahl?  Or will she be able to clear the air and state for the record that Mr. Urdahl is not her boss, and that Tom Drzycimski, Cerro Gordo County Personnel & Safety Director, is?

Will Mr. Hickey claim that it is an issue that Mrs. Draper’s mother works at City Hall?

Will Mr. Hickey make an issue of Mrs. Draper’s switch from the at-large election to the second ward election?

Will Mrs. Draper point to Mr. Hickey’s record as a council member and his failure to follow through on campaign promises to quiet the trains in the city?

Will Mrs. Draper point out that Mr. Hickey was in the process of building a garage on his property prior to his election to the council in 2009 – a structure that violated city code and for which City Hall could have forced him to alter or tear down – only to later, after being sworn in as a council member, seek and receive a conditional use permit from City hall, allowing him to keep the garage (under certain conditions)?  Will she seek answers from City Hall as to whether or not Mr. Hickey has complied with the terms of the permit?

Or, if the race materializes, will the two candidates simply stick to the issues currently facing the city and explain their ideas?

These and other questions remain to be answered in the days and weeks to follow.