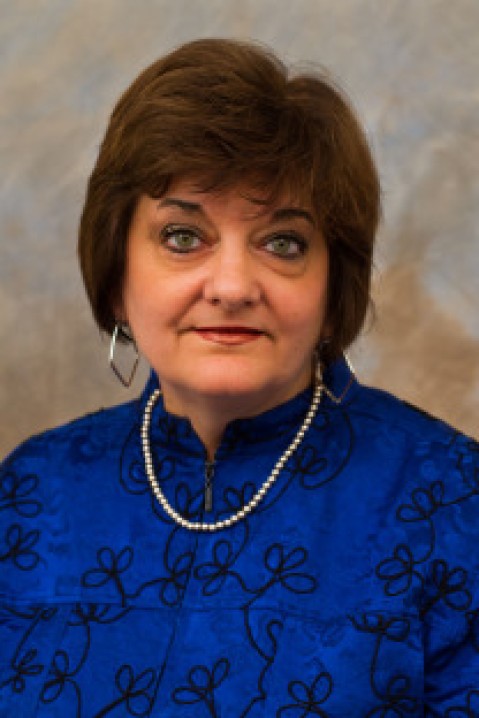 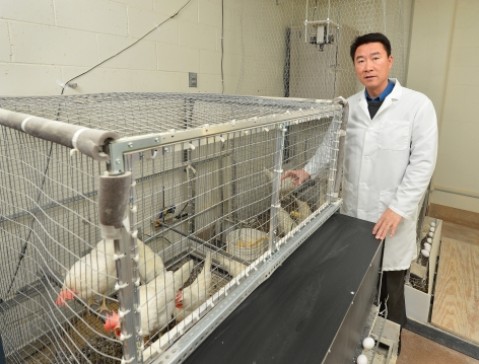 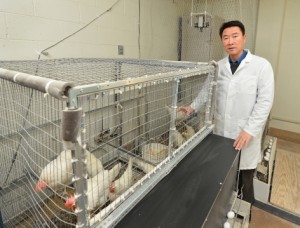 Hongwei Xin is working on a study comparing the efficiency of the egg industry to its efficiency 50 years ago. Photo by Robert Elbert.

AMES, Iowa – The U.S. egg industry is operating at much greater efficiency while leaving a smaller environmental footprint than it did 50 years ago, according to a first-of-its-kind study conducted by researchers at Iowa State University.

Xin and colleagues Maro Ibarburu-Blanc, an associate scientist with the Egg Industry Center, and Nathan Pelletier, a principal of Global Ecologic Environmental Consulting and Management Services in Nova Scotia, Canada, are putting together a study comparing modern egg production with how the industry operated 50 years ago. To do so, his team collected blind survey data from throughout the egg industry alongside historical sources and first-hand accounts from professionals who worked in egg production in the 1960s.

“This is the first time a study like this has been conducted specific to egg production,” Xin said. “And it’s been very revealing. Because of better vaccinations, better feed, better genetics and better environmental control, the egg industry is able to operate much more efficiently and, as a result, has an environmental footprint about half of what it was 50 years ago.”

Xin said the study has revealed some staggering improvements in egg production efficiency and environmental impact. For instance, pullets, the term used to describe immature hens that are not yet ready to begin producing eggs, require about 48 percent less feed than they did in 1960. Xin said that’s due to several important factors.  He said modern genetics allow pullets to reach maturity faster than they did in decades past. They also weigh less, thus requiring less food to maintain their weight. Finally, he said modern feeds have a higher energy content than in the past.

Xin said mortality rates for hens have dropped significantly, meaning the birds live longer and are more productive. He said fewer eggs have to be discarded as well.  In 1960, about 14.4 percent of all eggs were discarded for having various deficiencies.  Today, that percentage has dropped to 3.7 percent.

All of these improvements in efficiency mean the egg industry puts less stress on the environment and requires fewer resources, Xin said.

“Because the hens require less feed to maintain their productivity, fewer acres of corn and soybeans have to go toward producing that feed,” he said. “The U.S. egg industry is producing more eggs to feed a larger population than it was 50 years ago, but it’s having a much smaller impact on the environment.”

Xin intends to finalize the study and present the findings at an egg industry conference in April. After that, he hopes his work will lead to similar studies in other countries, leading to a more global understanding of egg production.

Much of the funding for his work was provided by the American Egg Board, the U.S. Poultry and Egg Association and the Egg Industry Center.