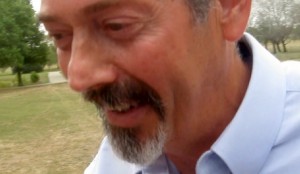 Something is amiss with the Cerro Gordo County Supervisors.

In my experience of attending meetings for the past two years, there seems to be a lot of issues decided before the meetings take place.  There is rarely, if ever, a 2-1 vote.  There is no background on agenda items furnished to the citizens; in fact, this panel has refused to provide this information unless you “come by the office” in person after the meetings (See video at bottom of page).  Meetings are re-scheduled at the last minute or with barely any notice to a different day.  You will routinely see a Globe Gazette reporter in the supervisors’ office on Tuesday mornings prior to meetings laughing at jokes.

As Supervisors Urdahl and Dougherty each face a challenger in this November’s election, I felt the need to arrange a basic question and answer session of about 10 minutes so that the differences between the candidates could be seen, heard and articulated for voters.  I do believe that is the democratic way and nothing out of the ordinary.  Unless I am missing something, candidates should expect this during an election.

Both challengers readily agreed to take part; Chris Watts (running against Dougherty) and Kyle Klinksiek (running against Urdahl) tell me that they are prepared to come to the courthouse any day during working hours of the Supervisors to spend 10 minutes and answer basic questions.

However, my source indicated to me that Phil Dougherty was advised by Jay Urdahl to “ignore” my request.

Today, just by happenstance, Dougherty was at the Labor Day Picnic at Georgia Hanford Park where he gave an uncharacteristic rah-rah speech.

As Dougherty walked past me right afterwards,  I asked him if he had seen my request for 10 minutes of his time.

“We’ll talk about it sometime,” he said.

Dougherty had no explanation for his refusal to spend 10 minutes with a citizen, me, and answer questions about Cerro Gordo County.  I have no idea what he fears, or if he has something to hide, but he would simply face the same questions his opponent would face.  I would think an elected official owes a citizen at least 10 minutes.  He is welcome to invite Sheriff Pals and Jay Urdahl if it makes him feel better.

“I heard Jay told you not to answer my email,” I said to Dougherty.

“I’ll ask you about it tomorrow, Phil,” I offered.

See you Tuesday morning at 9:45 AM at the courthouse.

2011: Supervisors refuse to provide background information on agenda items to the public (See 8:05 mark in video)