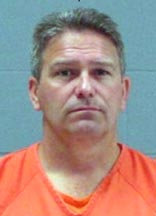 His wife calls the cellphone videos he shot of their three children dancing naked “innocent videos of typical kids being silly.” His prosecutors see them as incriminating evidence.

But to the public watching from afar, the child-pornography case building against Minnesota State University, Mankato, football coach Todd Hoffner is harder to gauge, straddling a fuzzy line between child pornography and ultimate childhood innocence.

“When I first heard about it, I thought, ‘Oh, my God, there are so many sick people,'” Brenna Nicholson, a mother of four children, said over coffee Wednesday at a St. Paul cafe. But when she read about the criminal charges, “I thought, ‘What else is there?’ It is very bad [parental] judgment, but is it pornography?”

“Some of what is captured on video is distasteful,” said Christa Groshek, a Minneapolis defense attorney who has handled many child-pornography cases and who has reviewed the charges — two felony counts of child pornography — against Hoffner. “But that doesn’t make it criminal.”

“Most of the time — even 90 percent of the time — what you see in these cases is so obviously pornographic that there isn’t a decision to be made,” she said. This one differs, attorneys say, because the videos, based on the descriptions in the criminal complaint and two search warrant affidavits, don’t seem to be blatantly sexual.

To be sure, the investigation is ongoing, and there are questions investigators have yet to answer: Were the videos distributed? Were they part of a pattern of behavior? And was Hoffner, whose voice can be heard on the videos, directing his children or simply conversing with them?

“The law simply doesn’t criminalize everything that we don’t approve of,” Gaertner said. “Different families may have different approaches to nudity and what’s healthy play. … But it doesn’t mean that you can prove beyond a reasonable doubt that it’s child pornography.”

According to the charges, two videos filmed June 26, show the kids naked. In one, which lasted about a minute, all three children drop towels and jump around nude, while Hoffner’s 8-year-old son fondles himself and his daughters bend over and spread their buttocks. In the second, which was about 10 seconds long, the sisters dance naked and their brother enters wearing only a football helmet.

A third video, the longest at about two minutes, was filmed Aug. 8. One of the girls is shown being awakened in bed and told by a male voice to “go potty.” She is followed to the bathroom with the camera focused on her flowered underwear.

Melodee Hoffner said this week that the videos are just her kids being silly. She explained the video of her daughter walking to the bathroom by saying that the girl had “difficulty during the night” so she and her husband woke her to use the bathroom. She said her daughter would be groggy from sleep when she woke and would not remember, so they took video to show her.

Hoffner’s attorney has said that the images are not sexual, graphic or exploitative.

But attorneys who have worked child-pornography cases say it is impossible to know with certainty without seeing the videos.

“It’s really about whether or not the images have been created to provoke a sexual response, about whether the conduct of the person being photographed is sexualized conduct,” Gaertner said. “And that’s subjective. That’s a judgment call.”

Said Groshek, “If there is no belief that the children were engaged in sexual conduct, then these charges fall apart.”

Blue Earth County prosecutors have declined to discuss the case.

At the Dunn Bros Coffee shop in St. Paul, some wondered whether Hoffner, 46, was arrested and charged too soon, given the evidence so far.

Some talked, too, about whether the decision was influenced by the recent child sex abuse scandal at Penn State that cost football coaching icon Joe Paterno his job, stained the university’s reputation and sent a former assistant coach to prison.

“It seems a little weird,” attorney Mary Hastings said as she sipped her morning coffee. “But kids are kids and they do some crazy stuff.”

Alison Feigh, program director for the Jacob Wetterling Resource Center, a nonprofit organization in St. Paul that works to keep children safe, said that based on the criminal complaint, Blue Earth County’s response was ppropriate.

“When you read the actual words, is there really a question about this being OK?,” she said. “From what I read, it was concerning. It is cut and dry. The description didn’t appear to be traditional home videos.”

Susan Phipps-Yonas, a licensed psychologist who provided therapy for children targeted for pornography, said the videotaping “does go over the line.”

Still, Groshek said she was “shocked’ that investigators didn’t have more evidence at the time of Hoffner’s arraignment. “To me, it was a very serious overreaction, and they may end up with egg on their face,” she said. “Children don’t have the same concerns and inhibitions as adults do. They may not necessarily think what they are doing is sexual.”

But, she added, “we need more facts to give us context.”

Capt. Rich Murry of the Blue Earth County Sheriff’s Office said forensic experts continue to sift through items from Hoffner’s home and SUV, adding it will take several more days. Investigators seized more than a dozen items from Hoffner’s home on the day he was arrested, then returned the next day to collect several pieces of electronic equipment from his SUV. The second search came after police found Hoffner putting the equipment in his vehicle.

Murry said that so far, authorities have not found any videos or images of other children.

“Ultimately, it’ll probably be up to the courts to decide,” Murry said. “But at this point, a prosecutor who drafts a complaint and a judge who signs a complaint felt there was enough there to press charges.”