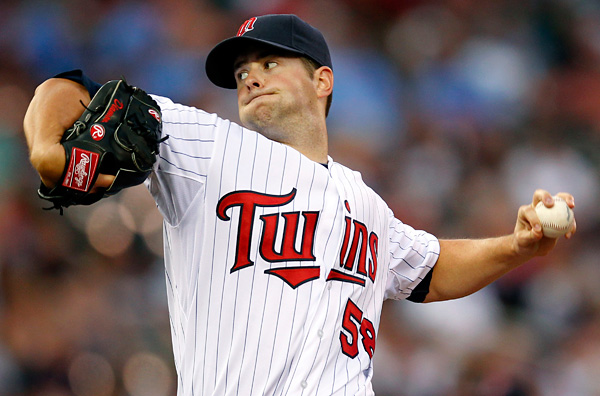 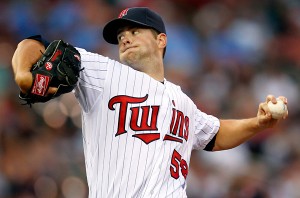 The Mariners certainly can pitch. Twins bats turn to sawdust whenever they face them these days, and Seattle is scratching together enough offense to make this a one-sided season series.

Hisashi Iwakuma allowed one hit over six innings Tuesday night, as Seattle won its seventh consecutive game over the Twins, 5-2, in front of a quiet crowd of 29,854 at Target Field.

Scott Diamond (10-6) gave up a two-run double to Kyle Seager in the third inning and a three-run homer to Ackley in the fifth, and the Twins, who are 3-16 in their past 19 games, didn’t offer the slightest hint of a comeback until the ninth. Ryan Doumit’s two-out RBI double set the final score, but Mariners reliever Tom Wilhelmsen got the final out with two Twins on base.

During the losing streak to Seattle, the Twins have been outscored 31-10. The Mariners still occupy last place in the AL West, but at this rate, Minnesota will be happy to be rid of them Thursday, when this four-game series ends.

In two starts against the Twins this month,

Iwakuma (5-3) has allowed zero earned runs over 13 innings. The Twins tried signing him out of Japan two winters ago, but he spent one more season with Rakuten in the Japanese Pacific League and had arm trouble that scared off the Twins and other potential suitors last offseason.

After signing Iwakuma to a one-year, $1.5 million deal, the Mariners brought the 31-year-old righthander along slowly, making him pitch out of the bullpen through the end of June. In 10 starts, he is 4-2 with a 2.75 ERA.

He’ll be a free agent at season’s end, so it’ll be interesting if the Twins make another run at him. Then again, why would Seattle let him go?

The Twins will be looking for starters to join Diamond in next year’s rotation. This marked only the second time in 21 starts that he has allowed five runs.

He is appealing the six-game suspension he received for throwing a ball over Josh Hamilton’s head last Thursday, and the Twins don’t expect a ruling on that appeal until September.

Seager’s two-out, two-run double gave Seattle a 2-0 lead in the third. With a runner on third base, Diamond walked the right-handed hitting Carlos Gutierrez to get to the left-handed hitting Seager. Then, with a 2-2 count, Diamond threw a low fastball, and Seager laced it into the right-center field gap.

The Twins answered the next half-inning, as Iwakuma walked their No. 8 and 9 batters — Jamey Carroll and Pedro Florimon — with both runners then advancing on a passed ball by catcher Miguel Olivo.

Ackley’s three-run homer in the fifth inning stretched Seattle’s lead to 5-1. That time, with an 0-1 count, Diamond threw a fastball right down the middle, and Ackley pounced on it.

Seattle isn’t just beating up on the Twins lately. The Mariners are 27-16 since the All-Star break. It’s been another miserable summer in Seattle, but at least the team is finishing strong. Right now, the same sure can’t be said about the Twins.