Some boomers to their mortgage: ‘Til death do us part’ 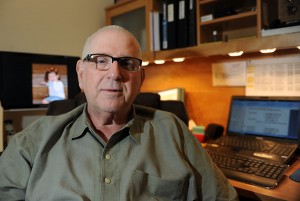 It’s part of a trend: Many current and future retirees are opting not to follow the traditional golden rule of paying off their home before their last day at work so they will have less expenses in retirement.

(PHOTO: Stuart Kaplan is seen in his home office in Sunrise which he calls “command central,” August 8, 2012. Because Kaplan is self-employed he has had difficulty in refinancing his condo.)

Seniors usually are the ones who own their homes outright, because they have had more time to pay off mortgages. But some mortgage-paying retirees are well-off and want to keep their money in better-paying investments, financial planners say.

In fact, financial planner Anderson Wozny, whose firm has offices in Boca Raton, Fla., and Miami, recommends retiree clients keep making their monthly payments. “A mortgage is a valuable tool,” he said, allowing retirees to keep cash on hand to pay for home repairs and other emergencies. Many homeowners have gotten into trouble after plowing their savings into paying off their homes, he added. “Then they don’t have money,” he said.

Boca Raton financial planner Mari Adam said a mortgage can work out for some retirees, including those with large government or corporate pensions who need a tax break to ease some of their federal taxes.

Other boomers are opting to refinance to snag historically low interest rates that in some cases are lower than last year’s 3.6 percent inflation rate.

Some clients feel “now is the time; they may never see an opportunity like this again,” said South Florida financial planner Frank Armstrong. Inflation and mortgage tax deductions can end up cutting the interest rate to near zero, he added.

One Canadian empty-nester held out on buying an oceanfront condo in South Palm Beach until he was able to get a mortgage with a low rate, said Adam Cohn, a Boca Raton senior mortgage banker. He didn’t want to spend his cash on his new vacation home, Cohn said.

Stuart Kaplan, 64, is trying to get a new 30-year loan on his Sunrise, Fla., home. He would like to cut almost in half his current interest of 6.625 percent.

But his current lender and others Kaplan has contacted say he has to wait until he has two years of federal tax forms showing he has been paid as a contract worker. Kaplan only has one year: He signed a contract to work for a company after he lost a job.

“It stinks,” Kaplan said. “I have high credit scores — I’ve paid my bills even when I was out of work for a year.”

Still, Kaplan is resigned to waiting about five months for a second tax return if he has to — he just doesn’t want to miss out on the low rates. Most economists think the low rates will be around for at least a year more as the Federal Reserve has vowed to keep rates low to help energize the sluggish national economic rebound.

Some boomers feel they have no choice but to refinance as they lost jobs during the Great Recession. Refinancing helps keeps them from having to dip into retirement savings.

Karen Sutliffe went on Social Security early after she lost her job and couldn’t find a new one. Now she’s trying to refinance her Oakland Park, Fla., home, which is worth less than the mortgage. Lower monthly payments would keep her from furthering dipping into retirement savings, she said. Getting a reverse mortgage isn’t an option, Sutliffe added, because she and her husband owe about $50,000 more than the home’s value.

“People become concerned about cash flow,” said William B. Stronge, an economics professor emeritus at Florida Atlantic University who has about six years more to pay on his mortgage. It makes better economic sense, Stronge said, to keep paying on the mortgage to avoid credit card debt.