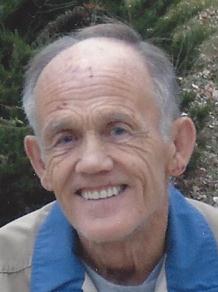 A memorial service will be held at 5 pm on Monday, July 2, 2012, at Fullerton-Hage Funeral Home, 401 Blunt, Charles City, with a one-hour prior visitation.  Reverend Janet Dorenkamp will be officiating.  Memorials may be directed to his wife Pam, in care of the family.  Online condolences may be left at www.fullertonfh.com.

Gene Allen Hansen was born on August 17, 1948, to Lawrence and Lucille (VanDanAcker) in Cresco, IA.  He lived and attended school in Cresco during adolescence.  On December 28, 1968, Gene married his wife Pam in Decorah, IA.  Soon after they were married Gene and Pam moved to Charles City, where they raised their two children Michael and Nicole.

Gene spent most of his life as a Welder.  He worked for L & J Welding and Salisbury Laboratories.  He also owned his own welding shop in Greene, IA called G & P Welding.  Gene loved welding and woodworking.  He was a handyman.  Recently Gene was working for the Parks and Rec in Charles City.  Gene was a workaholic, but because of his illness he could no longer go to work.

Gene was also a jokester.  He always told jokes, and liked playing jokes on other people.  Although he liked playing jokes, he was also the type of person that would help anyone.  He taught his oldest grandson Justin how to drive and weld. When Gene wasn’t working, he liked going camping with his family in Wabasha, MN and Decorah.  He also liked riding the lawn mower, snow plowing, and decorating outside during Christmas time.  Gene enjoyed the outdoors.  He went to many of his grandson Bryce’s baseball games.  On the weekends Gene and Pam would have coffee with his sister and brother-in-law.  Gene loved coffee.  Indoors Gene liked watching: Wheel of Fortune, Jeopardy, and Two and a Half Men.

Gene will be missed dearly by all of those who shared in his life.  He will also be remembered for his comical personality.  Whenever the song, “Red Solo Cup,” is played, his friends and family will laugh and think of him.

The family of Gene Hansen would like to extend their thanks to Hospice of North-Iowa and the ALS Association.

His parents preceded him in death.

This information is published free of charge by NorthIowaToday.com.
If you would like an obituary published, please email to staff@northiowatoday.com.
0 0 votes
Article Rating
Subscribe
Login
0 Comments
Inline Feedbacks
View all comments