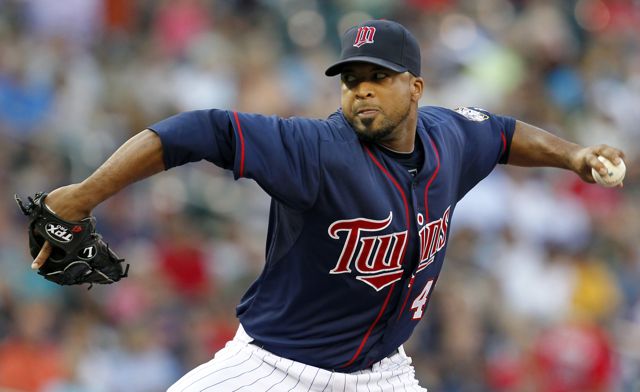 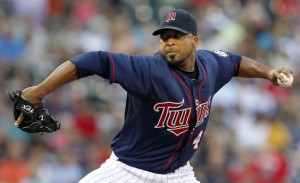 MINNEAPOLIS — It has taken nearly half a season, a demotion to the bullpen and a few sleepless nights by Twins manager Ron Gardenhire, but Francisco Liriano is resurrecting his season.

Not only that, but the lefthander he might be recovering some lost trade and free-agent value as well.

Liriano gave the Twins seven solid innings on Monday, hitting his spots and chewing up the White Sox lineup with relative ease as Minnesota edged Chicago 4-1 to open a three-game series at Target Field. The victory was the Twins’ 100th in their 198 games at Target Field, their home since 2010.

Ben Revere added three hits as the Twins won for the third time in their past four games.

With each outing, Liriano appears to be gaining momentum. And he is pitching more and more like the staff ace the Twins expected him to be this season. Either that or they found the imposter who infiltrated the clubhouse on Opening Day and could not throw quality strikes.

It was only a month ago when Liriano was at rock bottom, pitching out of the bullpen — and not looking good while doing so. The Twins reinserted him in the rotation on May 30 against Oakland, and he has slowly found his form.

Liriano on Monday went a season-high seven innings, holding the White Sox to one run on four hits and two walks with five strikeouts. He was removed after throwing 104 pitches, 59 of them strikes.

On Monday, he retired the first six batters he faced and 11 of the first 12.

The Twins jumped to a 1-0 lead in the first inning when Denard Span led off with a double, took third on Ben Revere’s bunt single and came home on Joe Mauer’s first sacrifice fly of the season. They added two runs in the second when Trevor Plouffe went from first to third on Brian Dozier’s single, then raced home on a wild throw from right fielder Alex Rios. Two batters later, Dozier scored on a single by Jamey Carroll, and the Twins led 3-0.

Liriano wasn’t overpowering, but he struck out White Sox slugger Adam Dunn three times. Dunn ended up with four strikeouts on the night and has racked up an amazing 119 strikeouts in 72 games.

Liriano, who was making his first start against the rival White Sox since his no-hitter in Chicago last season,  mixed his pitches well, getting ground-ball outs instead of strikeouts. Chicago’s only run on his watch came on Alexei Ramirez’s sacrifice fly in the seventh that scored Rios and made it 3-1. The Twins promptly added another run in the seventh on Plouffe’s sacrifice fly.

Glen Perkins pitched a scoreless eighth and Burton a scoreless ninth for his second save in as many days.

The Twins needed Liriano to anchor the rotation this season, but his early struggles set the club back. It couldn’t have come as a worse time, as Liriano, making $5.5 million this year, is set to be free agent after the season. It also ruined his trade value. Or has it?

His recent resurgence makes things interesting. Perhaps Twins general manager Terry Ryan’s phone will start to ring now that Liriano has found smooth sailing in what was once rough seas.