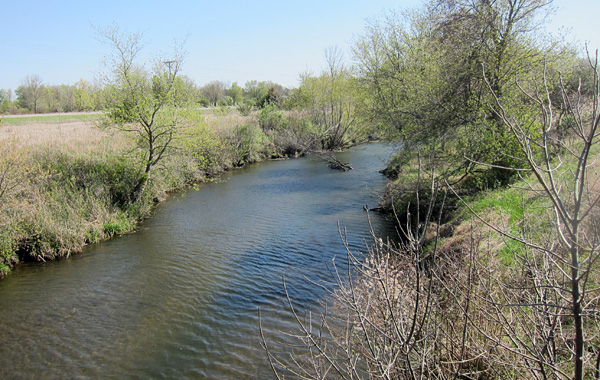 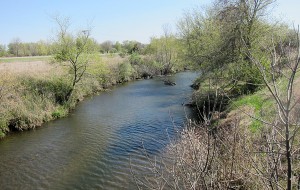 Des Moines, Iowa — Industrial facilities dumped over 6.2 million pounds of toxic chemicals into Iowa’s waterways, according to a new report released today by Environment Iowa and coauthored by the Frontier Group. Iowa ranks 15th in the nation for this kind of dumping. The report — Wasting Our Waterways: Industrial Toxic Pollution and the Unfulfilled Promise of the Clean Water Act — also discloses that 226 million pounds of toxic chemicals were discharged into 1,400 waterways across the country.

Environment Iowa was joined by other speakers at a press conference today at the Des Moines Chapter of the Izaak Walton League, which is celebrating it’s 90th birthday this year.

“Iowa’s waterways are embarrassingly polluted right now. Polluters dump over 6.2 million pounds of toxic chemicals into Iowa’s rivers and streams every year,” said Samantha Chadwick, the Preservation Advocate with Environment Iowa. “It’s time to turn the tide of toxic pollution and restore Iowa’s waterways to health. For one thing, we should restore Clean Water Act protections to all our waterways.”

Rep. Chuck Isenhart, State Representative from Dubuque, called for more action in Iowa and nationally to address pollution problems. He noted that while there are state and regional governmental bodies working to address water pollution, some formed after the 2008 floods, more partnerships are needed to “make restoring clean water in Iowa and the Midwest a long-term priority.”

The Environment Iowa report documents and analyzes the dangerous levels of pollutants discharged to America’s waters by compiling toxic chemical releases reported to the U.S. EPA’s Toxics Release Inventory for 2010, the most recent data available.

Major findings of the report include:

•    The Beaver Channel, which runs through Clinton, IA along the Mississippi River, is ranked 39th in the country for discharges of cancer-causing chemicals, at 6,912 pounds in 2010. Many industrial operations processing food, chemical, and other products in the area have caused pollution problems along the channel for years.

•    The Mississippi River is ranked 2nd for total toxic discharges nationally, with 1,874,430 pounds of toxics dumped in Iowa specifically and 12.7 million pounds dumped from facilities all along its course through 10 states. The Missouri River is 7th nationally, with nearly 4.9 million pounds dumped along 5 states through which it flows, 104,311 of those pounds are dumped into the Missouri River in Iowa.

The report summarizes discharges of cancer-causing chemicals, chemicals that persist in the environment, and chemicals with the potential to cause reproductive problems ranging from birth defects to reduced fertility. Among the toxic chemicals discharged by facilities are arsenic, mercury, and benzene. Exposure to these chemicals is linked to cancer, developmental disorders, and reproductive disorders.

Steve Roe, the President of the Raccoon River Watershed Association noted another reason water quality is so important “half a million people depend on water from the Raccoon and Des Moines rivers for their drinking water.”

Jerry Peckum, a corn and soybean farmer and Board Chair of the group Iowa Rivers Revival, talked about concerns he hears when talking to people who count on Iowa’s rivers for recreation: “The questions come: Why is it brown? Why is it green? Are the fish safe to eat? Where are the fish? Is it safe to swim in a river? What causes the foam? Why does it smell like manure?”

Jerry also talked about the role of agricultural pollution in fouling Iowa’s waterways and the need to realize the goals of the Clean Water Act, passed 40 years ago this year. “When you look at all the industrial related discharges to the water and the heavy toll of agricultural runoff we know the standards and rules are far too weak. It is time we all accept responsibility, work to find solutions, and accept the standards and rules that we must have to achieve clean water.”

“There are common-sense steps that we can take to turn the tide against toxic pollution of our waters,” added Chadwick.

In order to curb the toxic pollution threatening Iowa’s rivers, Environment Iowa recommends the following:
1.    Pollution Prevention:  Industrial facilities should reduce their toxic discharges to waterways by switching from hazardous chemicals to safer alternatives.
2.    Protect all waters:  The Obama administration should finalize guidelines and conduct a rulemaking to clarify that the Clean Water Act applies to all of our waterways – including the 44,432 miles of streams in Iowa and 667 thousand Iowans’ drinking water for which jurisdiction under the Clean Water Act has been called into question as a result of two polluter-driven Supreme Court decisions in the last decade.
3.    Tough permitting and enforcement:  EPA and state agencies should issue permits with tough, numeric limits for each type of toxic pollution discharged, ratchet down those limits over time, and enforce those limits with credible penalties, not just warning letters.

“The bottom line is that our waterways shouldn’t receive so much pollution. Our rivers are too important to the health of the state and our quality of life. We need cleaner water now, and we are counting on our leaders to act to protect our health and our environment,” said Chadwick.

Rep. Isenhart pointed to the importance of national action as well: “we also need the federal government to be a lead partner, because unified regulatory policies and national commitment are essential to success. With that in mind, I have introduced a resolution in the Iowa House calling on Congress to update the Toxic Substances Control Act, which has not been reviewed since its adoption in 1976.