This news story was published on March 19, 2012.
Advertise on NIT • Subscribe to NIT

MASON CITY – A Mason City man was arrested on Saturday for impersonating an officer (Iowa code 718.2).

One of the fishermen asked the suspect, Yann Lem, 56, to produce an I.D. Lem allegedly said he was a DNR officer and held up a Mason City Police business card and covered up the name of the officer, just showing the badge on the card.

Lem then told the person to stay where he was and he would return.

At that time, the MCPD was alerted, came to Big Blue and conducted a short investigation. 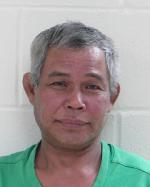 4 Responses to Mason City man arrested for impersonating an officer