This news story was published on January 30, 2012.
Advertise on NIT • Subscribe to NIT 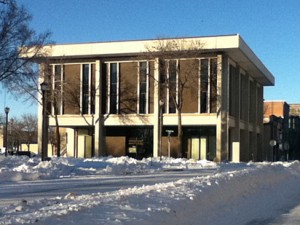 MASON CITY – The Mason City City Council will meet again Tuesday evening to discuss final changes to the 2013 budget.  The budget will be voted on (CORRECTION) in the coming weeks after a public hearing is held.

In the budget is $60,000 to remodel the first floor of City Hall, which City Administrator Brent Trout now says “was brought about from discussions on multiple occasions with (former City Attorney) Tom Meyer regarding the need to bring the Human Resource Department together in the same office area. I began to look at the space on 1st floor because it is a little used space.”

Trout said in an email that the city council “asked a few questions” at a January 16th budget hearing “but they did not have any questions about the item at the January 24th meeting.”

The council seems poised to go forward with the project despite an admission from at-large Councilman Scott Tornquist that “the recovery hasn’t come full circle back to Mason City yet.” It has been made clear that taxes and fees are likely to go up in this budget, and Tornquist himself pointed out that many in Mason City are on fixed incomes.  Additionally, City Finance Director Kevin Jacobson said at the January 24th budget hearing that the city’s water fund is very poor shape.  There was no discussion of using the $60,000 toward the water fund instead of on the remodel.

The council will also hear a presentation about a possible multi-purpose center project that city staff has been researching.

The meeting begins at 6 p.m. at City Hall in the second floor conference room.