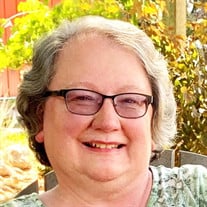 Funeral services will be held Saturday, December 10th, 2022, at 10:30 a.m. at the First Reformed Church, 620 2nd Street, Meservey, with Reverend Rodney Meester officiating. Burial will be in the Meservey Cemetery.

She grew up on the family farm, was active in 4-H and graduated from Meservey-Thornton High School in 1974. Linda continued her education at North Iowa Area Community College and went on to graduate with her bachelor’s degree in Elementary Education from Iowa State University. Linda began her career as a teacher at Ventura Schools. Later she taught at Redeemer Preschool and eventually landed at North Iowa Christian School in Mason City where she taught for over 20 years.

Linda met her husband Rick at The Harbourage in Clear Lake. They began dating and on July 12th, 1980, Linda was united in marriage to Rick Lueders at the First Reformed Church in Meservey; to this union two daughters were born, Nicole and Allison

Linda loved coffee, holidays, the color pink, leopard print, rhinestones, and matching pajama/slipper sets, but what she treasured more than anything was her faith in God and spending time with family. Linda especially enjoyed spending birthdays and holidays with her grandchildren whom she spoiled. As a young girl, Linda learned to play hymns on the piano; she faithfully played the organ on Sundays for many years at the First Reformed Church where she was a member.