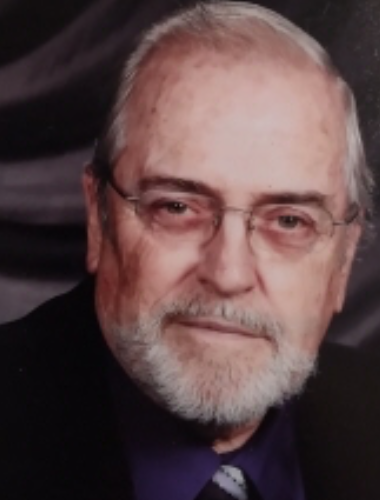 A funeral service will be held at 10:45 a.m. on Saturday, October 15, 2022, at Major Erickson Funeral Home, 111 N Pennsylvania Ave. Visitation will be held one hour prior to the service time. Interment will be held in Elmwood-St. Joseph Cemetery.

Larry Dean Welsh was born on November 25, 1936, in Mason City, Iowa to parents Verle and Ruth Eleanor O’Green Welsh. Larry graduated from Mason City High School in 1955. He married Sharon Eide in 1957 and soon enlisted in the United States Air Force and remained with the Air Force until 1961 when upon his return his union with Sharon ended. He then joined the Air Force Reserves and was honorably discharged in 1964. On October 23, 1964, Larry was united in marriage to Sondra King in the Little Brown Church, in Nashua, Iowa.

After his time in the Air Force Larry came back to Mason City where he began working for Lehigh Cement Company, and graduated from NIACC and business training in Chicago, he then moved to Kansas City working for A.C Nielsen Company before returning to College in Mankato, MN for his BA Degree, then moving to Albert Lea where he took a job with Streater Industries and then to Charles City with Oliver Corporation. In 1980 Larry returned to college earning his master’s degree from the University of Minnesota in Hospital and Health Care Administration. After earning his degree, he began working for Americana Nursing Home Corporation serving as Administrator of 6 various facilities in the Midwest. He then changed companies working for Research Health Services in Kansas City where he served as an Administrator of Hospitals and Nursing Homes of 13 Facilities in various mid-west states, including Colorado and Washington. Larry was a member of many different organizations such as The American College of Healthcare Executives (HFMA) from 1985 through retirement, American Legion, Elk’s, Lions Club, Royal order of Masons and Abu Bekr Shrine as a Hospital Dad to assist Children in need of Urgent Care. He was also an avid Green Bay Packer Fan.