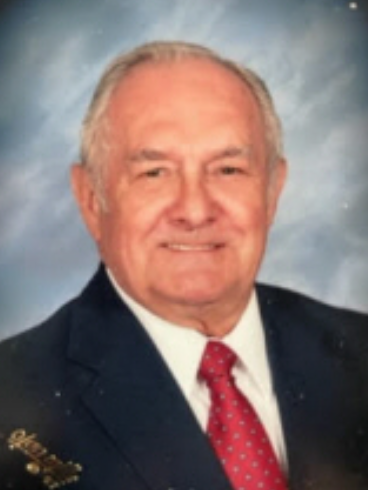 Francis Edward Milefchik was born June 29, 1936, in Pocahontas, IA, son of George and Mary (Holder) Milefchik. He grew up on a farm outside of Pocahontas and attended and graduated from Pocahontas Catholic High School. After high school, he joined the Army in 1957, and was honorably discharged after two years of service.

He met his wife Patricia J. (Hatten) Milefchik in the fall of 1959 and they were united in marriage on February 27, 1960 at St. John’s Catholic Church in Bancroft. Francis and Patricia called many places home. They lived in Fort Dodge, IA, Moline, IL, Kewanee, IL, Galesburg, IL, Lago Vista, TX, and Bensenville, IL. Over the years, Francis held several jobs in a variety of areas including finance, sales, and ultimately manufacturing. He retired in 1997 after spending 25 years with John Deere based in Moline, IL.
Francis enjoyed gardening, fishing, playing cards, friends, and visiting with anyone he met. He loved watching sports of all kinds and was an avid Iowa Hawkeyes, Texas Longhorns, and Chicago Bears fan. Francis most of all loved spending time with his family.