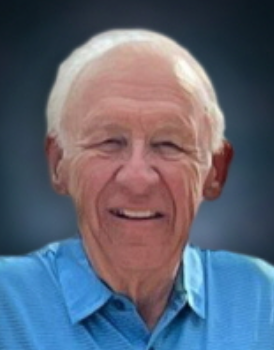 In lieu of flowers memorials can be made in Richard’s name to Hospice of the Heartland or to the Kossuth County Cancer Foundation.

Richard Allan Feaster was born November 29, 1946, in Bradgate, Iowa, the son of Wendell and Darlene (Knutson) Feaster. He grew up in Bradgate and his family later moved to Algona where he attended school. Rich graduated from the Algona High School in 1965 and went on to attend Mason City Junior College graduating in 1967.

On December 3, 1967, Richard was united in marriage to VaLora Kueck. They lived in Algona and raised two children. VaLora died April 23, 1988. Richard was later married to Linda Patterson on November 8, 1992, in Algona.

Rich worked in auto parts and fiberglass manufacturing. He worked at Brougham Manufacturing in Algona and Dodgen Industries in Humboldt for many years. Richard and Linda started and ran Mobile Concepts in Algona from 1996 to 2008, when they sold the business and retired.

Rich enjoyed playing golf, traveling the United States and one of his highlight trips was to Israel with his wife in 2012, was an avid Cubs fan and enjoyed watching baseball and football. He was an active member of Grace Church and was a past member of the Algona Kiwanis and Algona Rotary Clubs.

Richard died Friday, August 5, 2022, at the Kossuth Regional Health Center at the age of 75.

He was preceded in death by his parents and wife, VaLora.