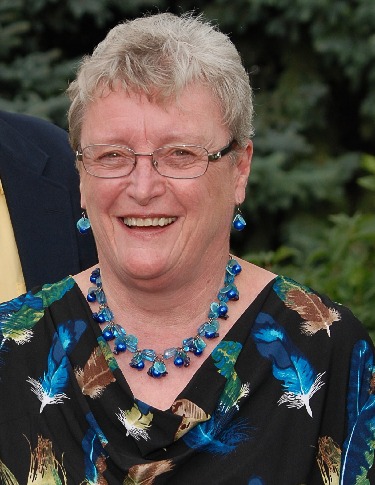 Susan Elaine Brandau, 79, of Osage died July 26, 2022 at Faith Lutheran Home in Osage. A funeral service will be held at 10:30 a.m. on Monday, August 1, 2022 at Eden Presbyterian Church, Rudd with Pastor Dixie Laube officiating. A visitation will be held Sunday afternoon from 3:00 until 5:00 p.m. at Champion Funeral Home, Osage. Burial will take place at Eden Presbyterian Cemetery

Susan Elaine (Apel) Brandau was born November 10, 1942 in Phoenix, Arizona, the daughter of Ervin and Velda (Gage) Apel. She graduated from Charles City High School in 1961. On September 1, 1962, she married Loren Brandau at the United Methodist Church in Charles City. She worked at White Farm, Mitchell County Press News and Osage Community Schools. She was an active member of Eden Presbyterian Church. Sue enjoyed spending time with her family and playing cards.

She was preceded in death by her: husband, Loren Brandau; her parents; and her brother, Ronald Apel.

Masks are optional for those who would like to wear one.