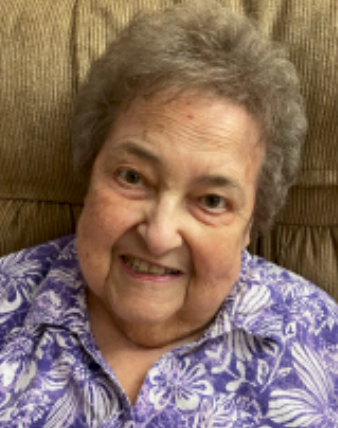 Visitation will be Monday, August 1, 2022 from 4:00 to 7:00 at the Roseville Social Hall beginning with a rosary and visitation will continue one hour prior to services Tuesday. Burial will be in St. Mary Catholic Cemetery.

Gila was born December 16, 1935 in Charles City, Iowa, the daughter of Oscar and Dorothy (Slinger) Gabel. She attended rural country school Ulster #3, St. Mary School, and graduated from Charles City High School in 1953. She was united in marriage to Ronald E. Jorgensen in 1957. They made their home west of Floyd, then SE of Rudd, and later retired to Rockford in 1994.

During high school she was employed at the office of the Floyd County Superintendent of Schools. Then following graduation she was employed at Salsbury Labs, active farm wife, St. Joseph Mercy Hospital -switchboard, Mercy Family Care, and after retirement worked part time for the local newspaper and Chuck’s & later Gilbert’s Sale Yard.

The family is grateful for the care received from the Nora Springs Care Center.