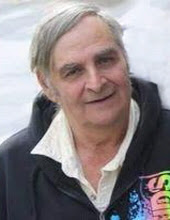 Douglas “Doug” Connerley, 68, of Charles City, passed away Sunday, May 15, 2022 at his home surrounded by his loving family.

Douglas was born on October 26, 1953 in Waterloo, Iowa to DeLeroy and Donna (Ritter) Connerley. Douglas graduated from Charles City High School in 1972 and Doug joined the Air Force immediately after graduation, where he learned and perfected his passion for heating and air conditioning. Doug was joined in marriage to Lynette (Whaley) on June 24, 1976 in Charles City Iowa. Doug and Lynette relocated to Gotham, Wisconsin in 1980 until 2005 when Douglas and Lynette moved back to Charles City. Douglas worked for Mick Gage Plumbing and Heating until his retirement in 2009.

Anyone who knew Douglas, knew that he had a great passion for western movies, humor, gambling, and telling people what to do and how to do it. Douglas was truly a do it all man who took great pride in his work. There was nothing that he couldn’t fix or build, always the person you could call. Douglas was a great man and loved by many.

Douglas was preceded in death by his daughter, Allyson Connerley; his parents DeLeroy and Donna Connerley; son-in-law, Eugene Morris Sr; father and mother-in-law: Stanley and Ruby Whaley; and cherished aunt and uncle, Ronald and Bethel Ritter.