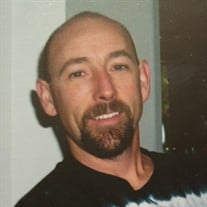 A Celebration of Life will be held at 2:00 pm with a one hour prior visitation on Friday, May 13, 2022 with Pastor Dennis Burns officiating at Fullerton Funeral Home, 123 2nd St SE, Mason City.

Kevin was born on January 20, 1964 in Junction City, KS, to Clyde Hill and Margaret Rutledge. He grew up and attended school in Kansas until moving to Mason City in 1991. On August 21, 1993, he was united in marriage to Shelby Nasheim and to their union two children were born, Hannah and Spencer. They later divorced, but remained close friends. Kevin worked for Hanna Concrete & Construction, ABC Seamless Siding, and most recently Mason City Overhead Door for 16 years.

In his free time, Kevin enjoyed hunting of all kinds (including asparagus and morel mushrooms), fishing and golfing. He loved playing guitar and going to concerts with his family. Kevin was an avid Las Vegas Raiders fan. He listened to Coast-to-Coast on the radio most nights and was so excited when he was heard live on the show! He could fix anything and everything. He was easy-going, caring, very artistic, and had a great sense of humor. He really loved his yellow lab, “Sunny.”

He was preceded in death by his sisters, Linda Speake and Debra Poindexter.