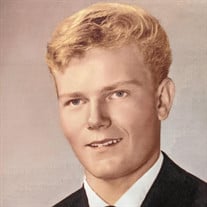 Don’s family requests those in attendance dress in casual attire.

Should friends desire, memorials may be left in Don’s name in care of his family.

Donald Wayne Bonner was born on April 23, 1946 to Donald and Marie (Dyer) Bonner. He grew up on the family farm near Swaledale and Thornton and attended Meservey Thornton High School.

In the spring of 1965 Don was united in marriage to Terry Moretz in Mason City and together they would be blessed with two sons, Jeromy and Brent.

For many years Don worked for Decker Armour in Mason City prior to his retirement in 2002. Following retirement Don enjoyed wintering in Apache Junction, AZ.

In his free time Don loved the outdoors, some of his favorite moments were spent around the bon fire and camping with family and friends where they shared countless stories and enjoyed a couple of beers. Don was known for his green thumb and enjoyed all gardening, but tending to his peppers, tomatoes, pumpkins, watermelons, and onions were among his favorites.

Don is survived by his sons, Jeromy Bonner and Brent (Melissa) Bonner; grandchildren, Caleb, Alysha, and Jericho Bonner; and sisters, Shirley Walton, Barb Luckason, and Marjorie Bartholmey; as well as many extended family members and friends.

He is preceded in death by his parents, Don and Marie; brother, Jim Bonner; and Jeromy and Brent’s mother, Terry Moretz Smith.