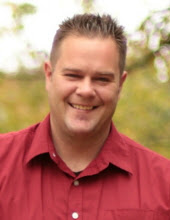 A private family memorial service will be held at Hauser Weishaar Funeral Home and will be live streamed on the funeral home Facebook page at 11:00 a.m. on Tuesday, November 23, 2021. A celebration of life will be held at a later date.

Matthew Ray Lovik, the son of Michelle Jansen DeVries and David (Janice) Lovik, was born September 5, 1986, in Mason City. He graduated from Charles City High School in 2005 and went on to continue his education at NIACC. Matt went to work at the Sheriff’s Department as a jailer in 2005, later becoming a Deputy Sheriff from 2011 until present.

Matt was preceded in death by his grandmother Carol Jansen and his grandparents Clemens Lovik and Kathryn Lovik.