This news story was published on April 28, 2021.
Advertise on NIT • Subscribe to NIT 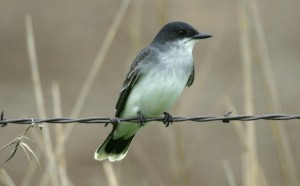 CLEAR LAKE – Each year, especially during late winter, the Iowa Department of Natural Resources (DNR) receives reports of sick or dead birds at feeder locations, particularly in the southern part of the state. Unsanitary conditions at bird feeders can lead to the spread of several diseases amongst birds that frequent these feeders.

Aspergillosis, a disease caused by a fungus which often grows in contaminated feed or leaf litter, is one of the main causes of sick and/or dying birds at feeders. During midwinter warm-ups, fungus quickly grows. Birds feeding on contaminated grain often become sick and die.

Salmonellosis, another disease contracted at feeders, is caused by the salmonella bacteria. Western states had many cases of salmonella outbreaks during winter 2020-2021 that resulted in die offs of large numbers of pine siskins.

“Iowa did not experience the same issues with salmonella, but staying vigilant and keeping feeders and bird baths clean is important,” said Anna Buckardt Thomas, avian ecologist with the Iowa DNR. “This disease is transmitted mostly by contamination of bird droppings, frequently those found in the birds’ feed or water. It can also spread when one bird comes into direct contact with another.” Birds suffering from this disease can appear weak, listless, and fluffed-up, and might suffer convulsions before they die.

“House finch disease,” or conjunctivitis, is a disease affecting finches that causes swelling of the eye tissue but is not always fatal. While this disease was much more prevalent 20 years ago, it still shows up in finches at feeders from time to time. This disease particularly affects the respiratory system and is caused by the bacterium, mycoplasma gallisepticum, which poses no threat to humans. As the name suggests, the disease mostly affects house finches, but there have been a few documented cases of the disease in American goldfinch, as well. Since birds concentrate at bird feeders, the risk of disease spread can especially increase during times when large numbers of this species are sharing the same feeding sites. Adding extra feeders to the yard can slow the spread of this disease by eliminating overcrowding.

The good news about all three of these diseases is that they are largely preventable.

“Practicing good hygiene at feeder stations is the key. Clean bird feeders and waterers with a 10 percent bleach solution about once each month and make sure the feeder is dry before refilling it with seed,” Buckardt Thomas said. Of equal importance is cleaning up spilled seed and bird droppings below feeders.

“Be sure to wear rubber gloves while cleaning the feeders, since humans can contract some diseases, such as those caused by some salmonella bacteria, from affected feeders or sick birds,” she said.

“If people do find sick birds at their feeders they should take down their feeders for at least two weeks to help stop the spread of disease and contact the DNR,” she said.