Bookmeyer strikes back … then asks for money. Agree with his message? 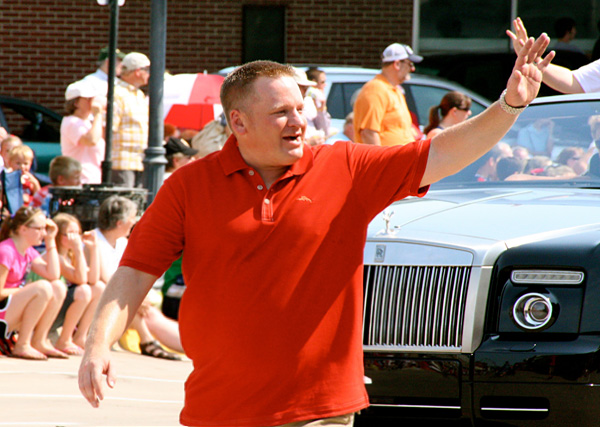 Mason City Mayor Eric Bookmeyer wrote the following campaign message on his website as he seeks another four years as mayor:

Four years ago, I told you “it didn’t have to be this way”. Chaos is not the answer. I committed to you that I would provide leadership to rebuild our standing in the region and implement Vision Iowa. I committed that we would be diligent, disciplined and act with decorum.

You overwhelmingly elected a new team to run Mason City and we delivered. We started by running efficient and effective council meetings that demonstrated that we meant business.

We held our budgets in line and reformed the way we operated. We fought off multiple attempts to kill Vision Iowa, our wildly successful River City renaissance. We beat back downtown “gentleman’s clubs” and political warfare against our businesses. We passed residential tax rebates and significantly increased our rate of economic development.

Two years ago, you overwhelmingly rejected the representatives of chaos and bully politics. Since then, I have been honored to lead this “get it done” council to consecutive annual levy reductions for the first time in 20 years, the lowest debt for capital in a decade and the lowest amended budgets in years. In fact, it has been a generation since your city taxes did not rise.

We have solidified our economic development efforts with Clear Lake and Cerro Gordo County, forming the North Iowa Corridor EDC. That partnership and our staff have resulted in economic activity that hasn’t been seen in years. To our future benefit, the Iowa Economic Development Authority and industrial site selectors have clearly noticed and re-engaged Mason City.

We competed for and became a Blue Zone’s Demonstration Site, witnessed unemployment levels dip to their lowest level in years and won numerous awards for Mason City along the way.

However, even with all of these successes, the 2013 elections are nothing short of firewall elections. People that lack pure motives are actively planning to restart the chaos. They are already whipping out the whisper campaigns, the manufactured rumors and malicious lies.

I ask you, will your family stand with mine for a vision of a city that provides the most effective and efficient services available, in a business friendly manner, which benefits all of our families? Will you stand for a healthy environment in line with the Blue Zones Project? Will you stand up for a culturally and economically sustainable community that’s respected throughout Iowa?

Folks, this is not about political parties; it is a decision between nonsense versus common sense. Please provide your financial and volunteer support to re-elect leadership that delivers!

Contributions can be made out to BOOKMEYER FOR MAYOR and sent to PO Box 861 in Mason City, IA.

Contributions are appreciated and valued.