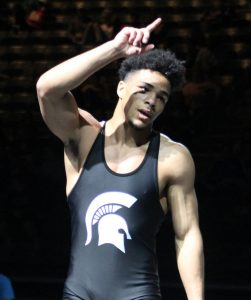 MASON CITY – For the second straight season, NIACC’s Christian Minto has been selected as the ICCAC wrestler of the year.

At the national tournament, Minto advanced to the finals with a 15-1 major decision over Western Wyoming’s Collin Smith. He also won by fall and two decisions on the first day of the tournament.

Crosby, who handed Minto his only career loss last year in the 2020 NJCAA 165-pound Championship, transitioned to the 157-pound class in 2021.

Iowa Central’s Luke Moffitt was selected as the 2021 ICCAC coach of the year.

The ICCAC wrestling coaches voted for the wrestler and coach year following the NJCAA national tournament.