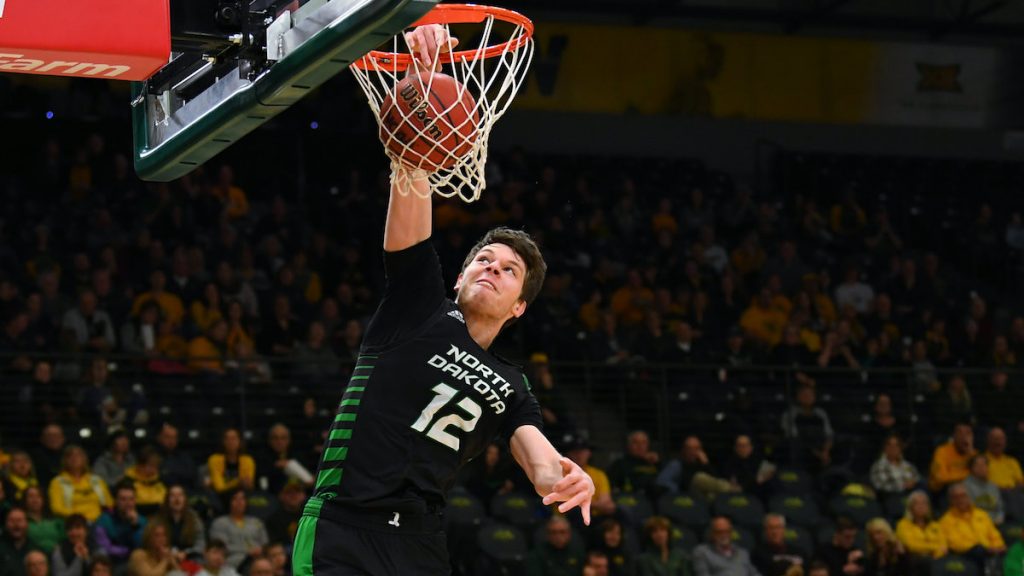 Rebraca, a native of Sombor, Serbia, is on pace to graduate this summer from the University of North Dakota with a degree in business economics.

“I am ecstatic to be a Hawkeye,” said Rebraca. “Iowa is the best overall fit for me, from the coaches and players to the school and culture. All the coaches were honest and welcoming. Coach McCaffery and his staff already have shown signs that they trust me and have my best interests in mind. As well as that, I want to play with great players and people.

“The roster is filled with talented guys and sharing the court with them will be amazing. There is no doubt in my mind we will get along on and off the court. I want to be a part of this winning culture and see how I can help the program, my teammates, and coaches.”

Rebraca (6-foot-9, 225 pounds) started 74 of 87 games in three seasons for the Fighting Hawks. He posted 20 double-doubles, ranks eighth in school history with 76 blocked shots, and scored in double figures in 33 of the last 34 games, dating back to February, 2020.

“The first thing that is so incredibly impressive is that Filip has a complete skillset for a big man,” said McCaffery. “He is an athlete who understands how to impact the game in a variety of ways, is an excellent student, and is incredibly mature. He consistently produced at a high level, no matter who it was against. To get someone who has all those skills will blend very well with our players and program.”

Rebraca started all 32 games as a sophomore in 2019-20, leading the team and the league with 13 double-doubles. He reached double figures in 27 of the 32 games, ranking second on the squad in points per game (14.3) and first in rebounding (8.9). The 13 double-doubles were the most by a UND player in a single season during the program’s Division I era (2008-present).

On Jan. 30, 2021, Rebraca became the 39th player in program history to surpass 1,000 points and the 25th player to have 1,000 points and 500 rebounds. He is only the second player in the program’s DI era to accomplish the feat in three-or-fewer seasons, joining the program’s third all-time leading scorer and seventh all-time in rebounds, Troy Huff.

Prior to college, Rebraca spent the 2017-18 school year at Williston Northampton School in Easthampton, Massachusetts, where he was named the Dale Lash Team MVP and earned Class A All-NEPSAC accolades.

Rebraca’s father, Zeljko, had an extensive professional career, playing in the NBA for five seasons and over 10 seasons in Europe, including winning two EuroLeague championships (1992, 2000).