This news story was published on January 25, 2021.
Advertise on NIT • Subscribe to NIT 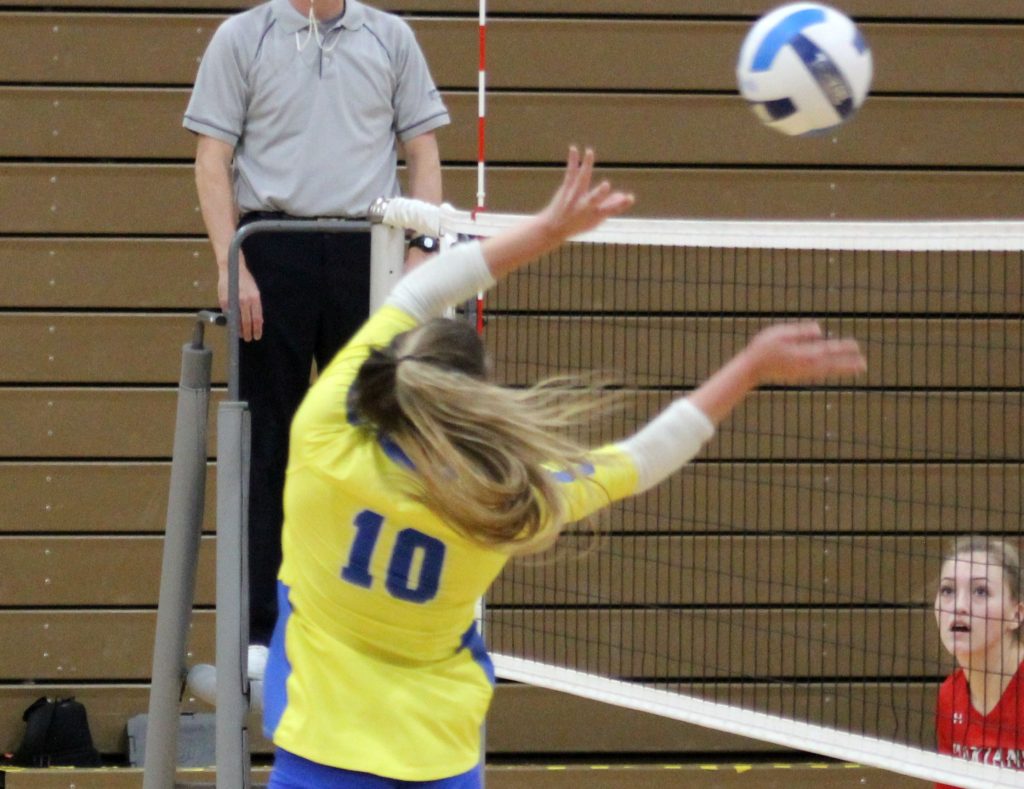 Becca Steffen pushes the ball over the net in Sunday’s home match against Southwestern.
Via NIACC

MASON CITY – The No. 15 NIACC volleyball team topped Southwestern 3-0 in an ICCAC match Sunday afternoon in the NIACC gym.

“Big picture, we are just so happy to have the opportunity to compete,” NIACC coach Chris Brandt said. “As a whole, the team did a nice job of staying in the present moment working on our ‘one ball at a time’ mentality.
“There will always be things to work on, but we did a nice job of focusing on what our team needs to be successful.”