Waterloo bank robber with 47 prior convictions sent to federal prison

This news story was published on March 5, 2020.
Advertise on NIT • Subscribe to NIT

CEDAR RAPIDS – A Waterloo bank robber with a long and violent criminal history was sentenced March 4, 2020, to more than 17 years in federal prison.

Evidence at sentencing showed that in 2017, Sisk robbed a bank in Waterloo, Iowa. He took $2,389 from a teller after pointing what appeared to be a gun at her face. At the time of sentencing, Sisk had accumulated 47 prior convictions for various crimes. These convictions include willful injury causing bodily injury, domestic assault with intent to cause serious injury, burglary, fraud practices, assault, theft, delivery of cocaine, interference with official acts, possession of controlled substances, and multiple other crimes.

Sisk was sentenced in Cedar Rapids by United States District Court Judge C.J. Williams. Sisk was sentenced to 210 months’ imprisonment. He was ordered to make $2,389 in restitution to the bank. He must also serve a three-year term of supervised release after the prison term. There is no parole in the federal system.

Sisk is being held in the United States Marshal’s custody until he can be transported to a federal prison. 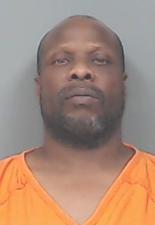