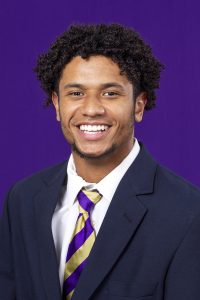 CEDAR FALLS – The UNI basketball team defeated the Skyhawks of UT Martin 87-67 in the McLeod Center on Tuesday night. The Panther offense was firing on all cylinders, shooting 59 percent from the field and making 16 total three pointers.

The Panthers started hitting three pointers early in the contest when AJ Green scored the Panthers first nine points on three consecutive shots from beyond the arc. The Panthers would go on to take a seven point lead into half going 16-27 from the field with nine made three pointers.

The second half belonged to Trae Berhow, finishing the game with 36 points, making 13 of 17 shots from the floor and tying the UNI single game three point record with eight made three pointers. His eight threes is a new McLeod Center record, surpassing Adam Viet (12/9/06) and Marc Sonnen (1/12/113) who each recorded 7 threes. Berhow was 6-7 from three in the second half injecting excitement into the McLeod Center and propelling the Panthers to a 20 point win.

Austin Phyfe continues to play well, recording a double-double with 11 points and 11 rebounds. The big man hauled in six offensive rebounds on the night, recorded three assists and finished a perfect 5-5 from the field.

AJ Green finished with a career high 9 assists on the night. The sophomore guard totaled 14 points going 5-13 from the field with four made three pointers. Isaiah Brown has played very well this season, and that continued on Tuesday night, finishing with 11 points, five rebounds, four assists, two steals and one block.

KEY STATS:
– Panthers begin 5-0  for the first time since the 2014-15 season and just the second time in the Ben Jacobson era

The 5-0 Panthers will take on the Rams of Cornell College on Wednesday in the McLeod Center. The Division III opponent is 3-2 on the season, falling to Simpson College 74-84 on Tuesday night. The midweek game with tip off at 7 pm in the McLeod Center and can be viewed on ESPN+. 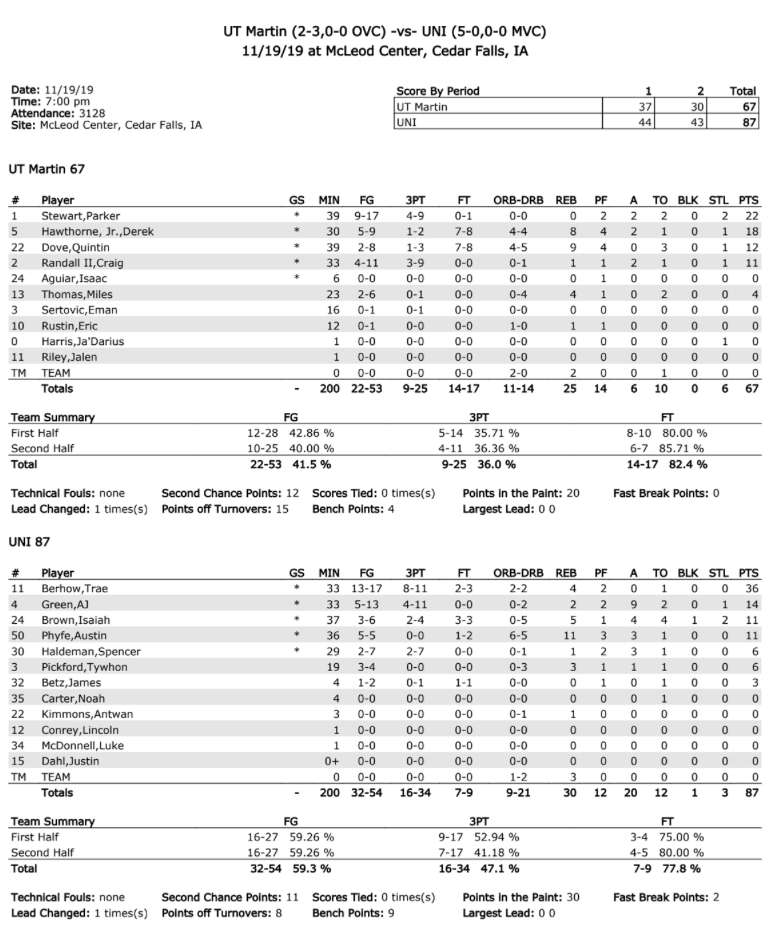