This news story was published on September 26, 2019.
Advertise on NIT • Subscribe to NIT 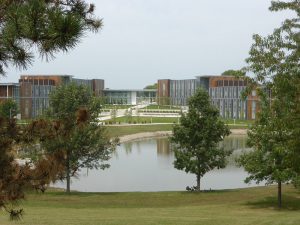 MASON CITY – North Iowa Area Community College (NIACC) will host a program discussing “What is Precedented and Unprecedented in Contemporary Politics” on Thursday, October 10, in the North Iowa Community Auditorium on the NIACC campus at 7:00pm. This event, facilitated by Jim Leach, is sponsored by the Lifelong Learning Institute and First Citizens Bank and is free and open to the public.

Longtime Congressman Leach will examine a series of contemporary events through the lens of historic precedent – both good and bad – bringing new perspectives to age-old issues.  And what about the aspects of today’s international politics for which the lessons of history may not apply?  When challenges lack the perspective that history can reveal, dangers to the national interest inevitably increase.

Come and enjoy a fascinating look at the polarizing political issues of today and the historic precedents that can bring clarity – or confusion.

Jim Leach served as the 9th Chairman of the National Endowment for the Humanities before accepting an appointment as the inaugural University of Iowa Chair in Public Affairs and Visiting Professor of Law in the College of Law.

Prior to heading the NEH, Leach was a Professor at the Woodrow Wilson School at Princeton and Interim Director of the Institute of Politics and Lecturer at the Harvard Kennedy School. Leach’s brief stint in academia was preceded by 30 years of service as a representative in Congress where he chaired the Banking and Financial Services Committee, the Subcommittee on Asian and Pacific Affairs, the Congressional-Executive Commission on China, the bi-cameral Arms Control and Foreign Policy Caucus, and the Humanities Caucus.

Leach graduated with honors from Princeton, received an M.A. from the School of Advanced International Studies of Johns Hopkins, and did additional graduate studies at the London School of Economics. He holds fifteen honorary degrees, has received decorations from two foreign governments, and is the recipient of the Wayne Morse Integrity in Politics Award, the Adlai Stevenson Award from the United Nations Association, the Edger Wayburn Award from the Sierra Club, the Norman Borlaug Public Service Award, and the Woodrow Wilson Medal from Princeton.

Leach served as president of the largest international association of legislators (Parliamentarians for Global Action) and as chairman of two moderate Republican organizations: the Ripon Society and the Republican Mainstream Committee.

He also served on the board of a series of non-profit organizations, including the Century Foundation, the Carnegie Endowment for International Peace, the Kettering Foundation, the Stanley Foundation, Pro Publica and Common Cause which he briefly chaired. He is a fellow of the American Academy of Arts and Sciences, the Council on Foreign Relations, and formerly served as a trustee of Princeton University.