This news story was published on July 29, 2019.
Advertise on NIT • Subscribe to NIT 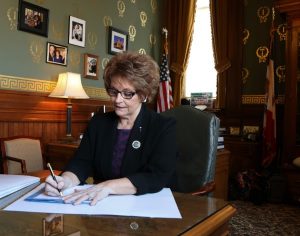 The following is a legislative update from GOP Rep. Linda Upmeyer of Clear Lake, Speaker of the Iowa House:

Hot summer weather means it’s county fair season! Congratulations to all of the students and community members who are participating in local fair events as well as those who will be competing at the State Fair!

On June 30, Fiscal Year 2019 came to a close and showed strong revenue growth according to a memo from the nonpartisan Legislative Services Agency (LSA). Total tax receipts in FY19 were up 6.6% compared to the previous year, which is considerably higher than the 4.8% growth that the Revenue Estimating Conference (REC) projected in March. Revenue generated from income, sales, and corporate taxes all showed positive growth compared to FY18. This all signals a strong, growing economy.

While the books don’t officially close for the FY19 budget until the end of August, it is unlikely that these figures will change dramatically.

With FY19 concluded, we now move into a new fiscal year and a new state budget. The FY20 budget is a plan that reflects the priorities that Iowans have identified to us. This budget provides additional resources for a number of important programs and initiatives including:

Education: Education is an annual priority, accounting for more than half of the state budget. Iowa’s K-12 schools will see a $90 million increase in general aid and transportation cost relief next school year. Iowa’s community colleges are also receiving a funding increase to help support Iowa’s workforce needs, offering career training programs that employers rely on. Additionally, Iowa’s Regent Universities (Iowa, Iowa State, and UNI) will see an increase in funding that will allow them to keep tuition affordable for Iowa students and competitive with neighboring states.

Health care: Over the last few years, mental health has been a major priority for the Legislature. Last session was focused on reforming Iowa’s adult mental health system and this session we passed legislation creating the framework for a system designed for Iowa children. This year’s budget follows through on those commitments, providing new funding to implement the services and programs. Looking ahead, I anticipate a robust discussion about possible funding sources to pay for these reforms during the 2020 session. Additionally, the budget provides funding to increase Medicaid reimbursement rates for rural hospitals, nursing homes, and providers that serve individuals with intellectual disabilities to ensure that Iowans have access to high quality health care services in their communities.

Public safety: Ensuring the safety of Iowans is another priority in this budget. Additional funding provided to the Department of Public Safety will be used to hire and train up to 10 new State Patrol Officers. This should improve emergency response times and make our highways safer for the Iowans that travel on them. We also put additional resources into Iowa’s Corrections system and funded equipment upgrades at the Division of Criminal Investigation so they can solve crimes and protect Iowans.

Not only does this budget plan fund the critical needs of our state, it also does so in a responsible way that puts taxpayers first.

The FY20 budget of $7.643 billion is about 0.2% higher than FY19 spending levels. The budget also fills the state’s reserve accounts to their required levels while leaving a healthy ending balance of nearly $300 million. Additionally, the budget spends just 97.2% of ongoing revenue, which provides us with flexibility to respond to emergencies (like the flooding that we saw earlier this year) or account for fluctuations in revenue.

Here is how the budget is broken down both by function and subcommittee:

Moving forward, responsible budget management will continue to be a focus in Des Moines.

During the 2018 session, we passed a major overhaul of the state’s tax code which is set to be phased in over the next few years. In order for these middle class tax cuts to fully kick in, it will require strategic planning and conservative budgeting. House Republicans stand ready to do just that!

If you have any questions, concerns, or comments, please feel free to reach out. You can contact me by email at Linda.Upmeyer@legis.iowa.gov or by phone at (515) 281-3551. 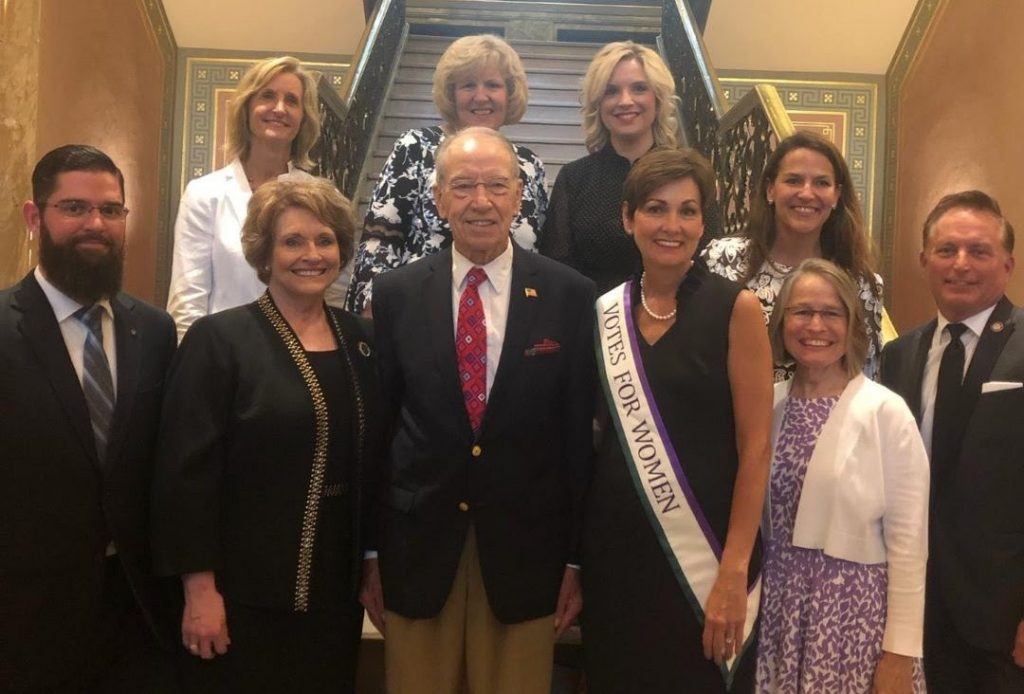 Upmeyer: “This year we are commemorating the 100 year anniversary of Iowa ratifying the 19th Amendment, granting women the ability to vote. I had a great time celebrating this milestone at the Iowa Suffragette Centennial Gala put on by the Iowa Federation of Republican Women last month!”