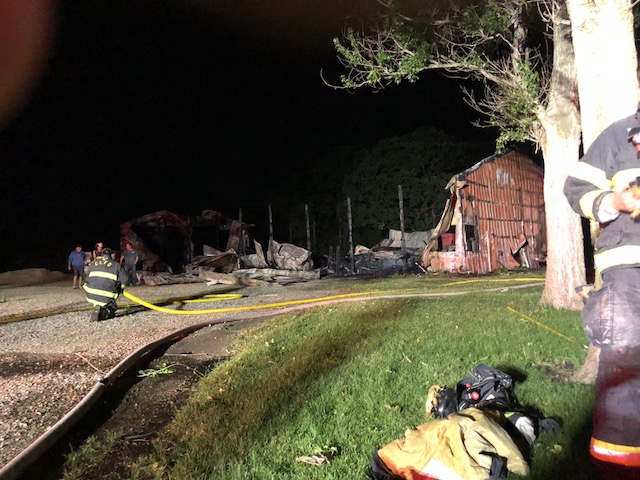 The Clear Lake Fire Department was dispatched to 19738 Heather Ave for a reported structure fire, on Monday, May 28, 2018 at approximately 10:29 PM. The Clear Lake Fire Department responded with 3 Engine Companies, 16 Firefighters. Ventura Fire Department and Hanlontown Fire Department were dispatched for mutual aide for the need of extra man power and water, they responded with 4 Engine Companies and 1 tanker and 10 Firefighters, Cerro Gordo Count Sheriffs Department were the first on scene and confirmed it was a working structure fire of a large pole barn fully involved. Once on scene, CLFD made the initial attack on the fire to knock it down and protect the property owner’s house that was approximately 50 yards to the south. The next couple of hours were spent extinguishing the fire and performing overhaul and making sure all of the hot spots were out.

The barn, owned by Richard and Cherie Oehlert, and all of its contents which included a tractor, car, snowmobile and other items were a total loss. Estimated damage is over $200,000.

No one was injured.

The fire remains under investigation by the Clear Lake Fire Department.

The Clear Lake Fire Department has responded to 42 calls since Friday morning, making it one of the busiest Memorial Day weekends and start of Clear Lake’s Tourist Season in a long time. 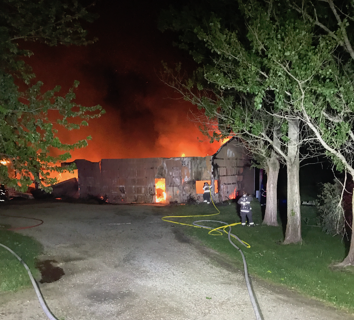