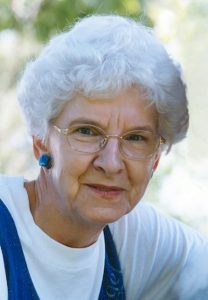 Sharon P. Phearman, age 77, died on Saturday, February 10, 2018, in Victoria, Minnesota, after a long battle with Alzheimer’s. She was born June 4, 1940, in Mason City, Iowa, to Clyde and Mary (Hert) Lincicum. Sharon graduated from Mason City High School in 1958 and St. Olaf College in 1962 with a nursing degree. She worked as a nurse in Wells, Minnesota, and a school nurse in Charles City, Iowa, then had a long wonderful career as a nursing instructor for NIACC until her retirement. Sharon took great pride in the many northeast Iowa nurses she helped train.

On March 23, 1962, she was united in marriage to Lee Phearman. They had 2 children, Scott and Kristen. After surviving the tornado in 1968, they moved to the country where Sharon enjoyed gardening, bird watching, her cats, wintering in South Padre and most of all being a grandma to her seven grandchildren. She was an active member of Messiah Lutheran Church, WELCA and volunteered at Floyd County Memorial Hospital. Sharon was preceded in death by her parents and the love of her life, husband Lee, in 2011. She is survived by her children Scott (Gina) Phearman of Watertown, Minnesota, and Kristen (Jerry) Sehr of Iowa City, Iowa; grandchildren Ellyn (fiancé Christopher), Alexander and Anna Phearman, Kelsey, Nick, Kate and Jordan Sehr. Also surviving are her brother-in-law and sister-in-law Larry and Cathy Phearman of Mason City, Iowa, as well as special nieces and nephew. A Memorial Service will be held on Saturday, February 17, 2018, at 11 a.m. at Messiah Lutheran Church in Charles City, Iowa, with gathering of family and friends from 9 to 11 a.m. in the church prior to the service.