“Our American legal system is designed to be a tool for justice, and justice delayed is justice denied. However, too many baseless claims, often filed by unscrupulous lawyers, are clogging our legal system, increasing costs and delaying swift resolution of genuine legal grievances. Targets of frivolous lawsuits, often small businesses, are also burdened with unnecessary legal expenses. This bill helps to rebalance the scales of justice by weeding our legal system of frivolous claims and deterring lawyers from engaging in abusive and meritless litigation practices,” Grassley said.

“The Lawsuit Abuse Reduction Act is just over one-page long but it would prevent the filing of thousands of frivolous lawsuits in federal court. Lawsuits have been filed against the Weather Channel for failing to accurately predict storms, against television shows people claimed were too scary, and against fast-food companies because inactive children gained weight. These types of absurd cases wrongly cost innocent individuals and business owners their reputations and their livelihoods. LARA requires lawyers who file frivolous lawsuits to pay the attorneys’ fees and court costs of innocent defendants. I look forward to working with Chairman Grassley to get this common sense bill to President Trump’s desk,” Smith said.

“Lawsuits are complicated, but this bill is simple. Thousands of frivolous lawsuits have no place in our legal system, and the true victims are often small businesses or individuals who cannot afford to fight these claims. Members of both the House and Senate have been trying to make our legal system work properly for the American people for years, and now we are taking action to get truly meaningless lawsuits out of our courts,” Goodlatte said.

Every year, billions of dollars are wasted on frivolous lawsuits, forcing individuals and businesses to spend thousands of dollars on litigation. This ultimately costs jobs and damages the economy because money that could be spent hiring new employees or investing in new businesses is instead directed toward legal fees. The annual direct cost of American tort litigation has been estimated at more than $250 billion. 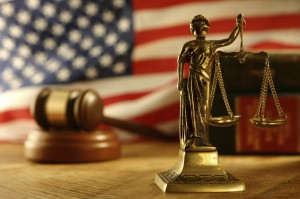 – Reinstates sanctions for the violation of Rule 11 of the Federal Rules of Civil Procedure, which was originally intended to deter frivolous lawsuits by sanctioning the offending party.

– Reverses the 1993 amendments to Rule 11 that allow parties and their attorneys to avoid sanctions for making frivolous claims by withdrawing them within 21 days after a motion for sanctions has been served.