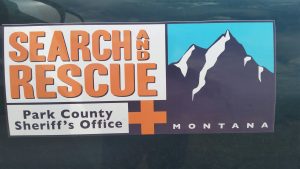 PARK COUNTY, MONTANA – A body has been found in a Montana park during the search for a hunter from Decorah, Iowa, law enforcement there says.

On Tuesday, September 27, 2016 at about 2:40 PM, the Park County Sheriff’s Office was advised of a possible missing hunter in the Porcupine area of the Crazy Mountains northeast of Wilsall, Montana. A US Forest Service Officer was contacted by a group of hunters who had reported contact with a male individual in his 60’s on September 20th in the area of Campfire Lake. The group became concerned as the individual had not returned to his vehicle as of yesterday. The vehicle is parked at the trailhead and this was confirmed by law enforcement.

The US Forest Service Officer determined the identity of the missing hunter to be Mark Rollins of Decorah, IA. Sheriffs made contact with Rollins’ wife who had already contacted Iowa authorities to report him overdue. He was due to return to Iowa sometime on the 26th or 27th and she has not heard from him.

At around noon Wednesday, September 28, one of the Western Montana Search Dog teams located the body of a deceased adult male within a mile of the point he was last seen. The Park County Sheriff’s Office says they are unable to identify the decedent at this time, however, “we have no other reports of missing persons in that area.”

The male, clothed in camo, was located at the bottom of a cliff. Evidence found at the scene indicates the man had fallen off the cliff.

The body was recovered Wednesday afternoon and transported by helicopter to the trailhead and then to Livingston, Montana by vehicle. An autopsy is scheduled for Thursday morning.

“These situations are extremely difficult on family members as well as those involved in the search efforts. Please keep all involved in your thoughts and prayers. More information will be released when we are able to do so.”

Rollins was described as an experienced back country hunter and, according to the group who had contact with him a week ago, was well equipped and prepared for an extended stay. He is reported to be in good physical condition with no known medical conditions. Rollins is 60 years old, 5’8” and weighs approximately 175 pounds.