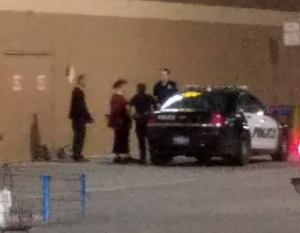 MASON CITY – A woman wanted for identity theft with a long, dubious criminal record was nabbed by cops at Walmart Friday night.

Mason City police made contact with 40-year-old Merri Jo Fransen. Officers were observed out front of the Walmart store, 4151 4th Street SW, interviewing her Friday night, September 23 around 8 PM. Franzen was wanted on an arrest warrant issued by a judge connected to a parole violation.

Fransen was arrested at the scene after she allegedly provided a police officer with false identification. She was also jailed on the warrant. She was taken to the county jail and held on no bond.

Fransen has a long rap sheet from all over Iowa. She’s been accused in various counties of theft, felony forgery and felony theft (sent to prison), illegal drug possession, burglary, stealing a vehicle, and more. 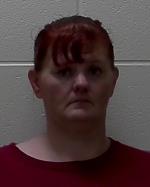