This news story was published on August 26, 2016.
Advertise on NIT • Subscribe to NIT 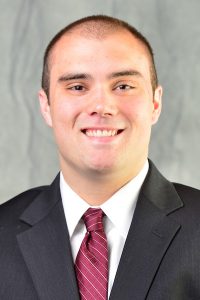 AMES, Iowa – Iowa State head men’s basketball coach Steve Prohm has announced the promotion of Nate Schmidt to Coordinator of Player Development for the Cyclones. Schmidt, who served as a graduate assistant the past two seasons, will be in charge of video editing and player development in the role.

“I’m really happy to give Nate this opportunity,” Prohm said. “He has done a great job in his two years with the program by developing really strong relationships with the players and having a great understanding of our system. I’ve been really impressed with his work ethic and I’m looking forward to continuing to work with him.”

Schmidt’s two seasons as a graduate assistant produced back-to-back NCAA Tournament appearances, with the Cyclones posting an overall record of 48-21. The Cyclones won the Big 12 Tournament title in 2015, Schmidt’s first season in Ames.

Prior to Iowa State, the Ypsilanti, Michigan, native served as a volunteer assistant at Romulus High School in Romulus, Michigan from 2011-14. Romulus won the Class A title in 2013. He also spent time as an assistant coach with the All Michigan Basketball Club AAU program.

Schmidt graduated from Denison University in Granville, Ohio, where he earned a degree in economics in 2014. He was a member of the Big Red basketball team in 2010-11. Schmidt earned his master’s degree from Iowa State in educational leadership and policies in 2016.