CERRO GORDO COUNTY, IOWA – A North Iowa man has been arrested for a third time for felony third offense drunk driving after leniency was shown to him the first two times.

Ronald Parcher, age 63 with a last known address of Rockford, Iowa, was stopped and arrested on January 26 by the Iowa State Patrol in Cerro Gordo county. He has been charged with felony third offense operating while intoxicated and driving with a revoked license. He was taken to the county jail and held on $5,000 bond which he promptly submitted and was released. He is due in court February 10.

Previously, Parcher was arrested on January 17, 2015. According to Mason City police, on that morning at 5:45 AM, a citizen reported a car was parked in the snow in / near the K-Mart parking lot. Officers arrived and found Parcher asleep in the car. Officers awakened Parcher and began investigating his sobriety. Parcher was arrested for felony 3rd offense operating while intoxicated and driving while barred.

Parcher was given a 7 day jail sentence in a plea deal to second offense operating while intoxicated, thereby avoiding the felony charge. He got to serve his sentence at home.

Parcher was also given 2 years of probation and ordered to submit a DNA sample as well as pay $3,301.56 in fines and court fees. The driving while barred charge was dismissed.

Before that incident, Parcher was charged with felony third offense drunk driving in Floyd county in 2010. However, that charge was dismissed and he pled guilty to driving while barred. He paid a small fine.

Parcher was caught two other times in Floyd county (2009 and 2005) and both times pled guilty to second offense operating while intoxicated. 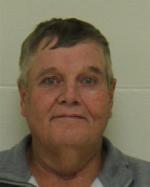