BOONE, IOWA – A man convicted in Winnebago county last year of sexually abusing a child 12 years of age or younger – and now sitting in prison – has been charged with more sex crimes.

Jody Ray Anderson, age 41 and formerly of Fort Dodge but now calling the Newton Correctional Facility home, was charged on March 17, 2015 with two counts of third-degree sexual abuse of a child 12 or younger in Winnebago County in September of 2014. Sexual abuse in the third degree is a class C felony. He later pled guilty to one count and was sentenced to 10 years in prison. That arrest followed an investigation conducted by the Buffalo Center Police Department, Iowa Division of Criminal Investigation and the Winnebago County Attorney’s office.

On Thursday, January 14, it was announced by the Boone County Attorney’s Office that an arrest warrant has been requested in Iowa District Court charging Anderson in Boone county with one count of second-degree sex abuse (a “B” felony) and one county of third degree sex abuse (a “C” felony). This request comes aft an investigation in Boone, which occurred in 2011 and 2012. The victims were 11 and 13 years of age at the time of the abuse. 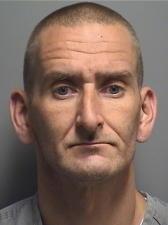