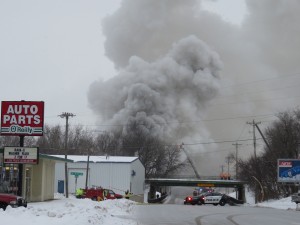 Witnesses tell NIT that explosions could be heard as a fire at Charlie’s Auto, 818 South Federal Avenue, became more intense at around 3 PM Monday. Mason City firefighters, police and city staff immediately responded to the scene. South Federal was blocked off from he north and the south, and side streets at 11th NE and 8th NE were also blocked. Numerous vehicles were attemptign to make their way as close as possible, so the drivers could get a look at the huge, billowing smoke climbing high into the sky.

City administrator Brent Trout was on hand helping set up street barricades. He said there was little information available at this time as to how the fire started. Firefighters were busy blasting the structure with at least two large streams of water. Flames were shooting out of the top of the building, mostly nearly the north side of the building.

So far, there have been no reported injuries.

Posted by NorthIowaToday.com on Monday, January 11, 2016

Posted by NorthIowaToday.com on Monday, January 11, 2016 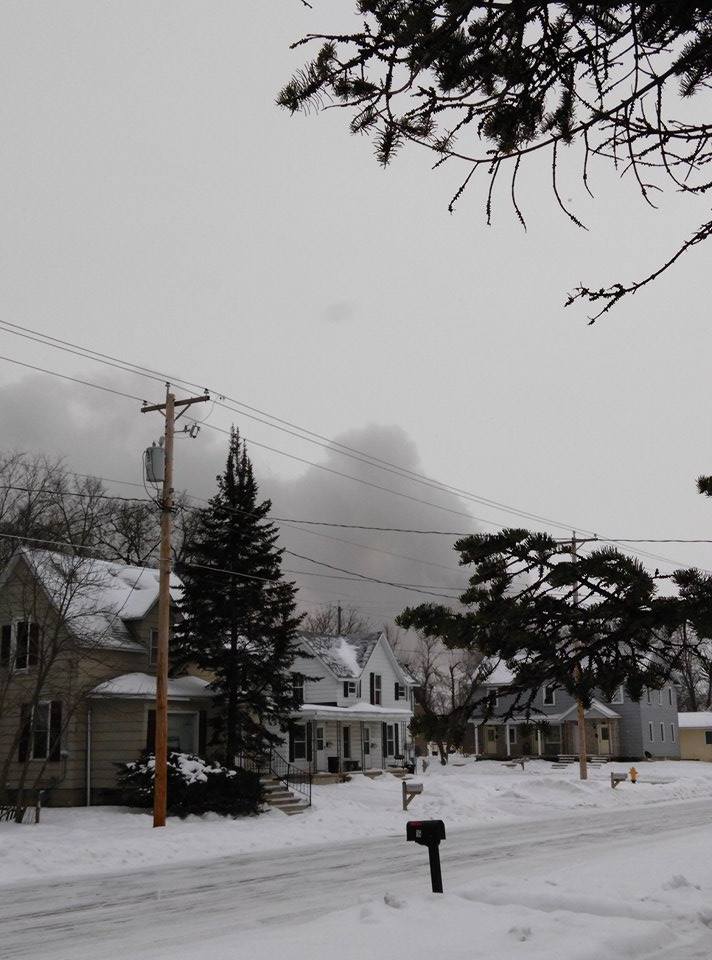