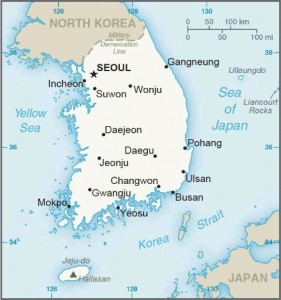 WASHINGTON, D.C. – A painful sticking point between two U.S. allies has been settled, as Japan must pay off Korea for enslaving women and girls for decades to satisfy the sexual desires of their men.

Thousands of women and young girls from Korea, beginning early last century, were used as sexual slaves by the Japanese. This was a forced experience, and didn’t end until defeat in World War II for Japan – a  span of 30-40 years. The issue has lingered ever since, becoming a sticking point for improved relations between the two strong American allies.

Today, the U.S. State Department announced an agreement had been reached between Japan and Korea to once and for all settle the issue:

We welcome today’s announcement by the Governments of Japan and the Republic of Korea that they have reached an agreement regarding the sensitive historical legacy issue of “comfort women.” They have made clear that by implementing this agreement they will “finally and irreversibly” resolve this issue. We believe this agreement will promote healing and help to improve relations between two of the United States’ most important allies. We applaud the leaders of Japan and the Republic of Korea for having the courage and vision to reach this agreement, and we call on the international community to support it. We look forward to continuing to work with both countries on regional and global issues, including advancing our economic ties and security cooperation.

Reportedly, Japan must apologize and pay to support the remaining few dozen women who endured the sex slavery at the hands of the Japanese.  Japan committed countless atrocities against the Koreans, the Chinese people and others – including America troops – leading up to and during Word War II.