Accused drunk driver skips court, leading to another arrest for her

MASON CITY – A Mason City woman charged with drunk driving for a second time skipped court and was jailed today.

A Cerro Gordo deputy stopped a vehicle at about 1:41 AM Friday morning, November 20, near 19th Street SW and Pierce Avenue. The driver, 49-year-old Lori Sue Ketchum, was arrested for first offense operating while intoxicated, Driving Under Suspension, and No SR-22 Insurance. She was jailed and then later released that day.

Ketchum was to be arraigned in court on December 15 but failed to appear. She was arrested today and taken to jail, where she is being held on $1,000.00 bond.

Ketchum – a convicted felon of a violent crime – was guilty of drunk driving in Polk county back in 2000. 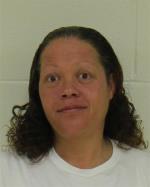