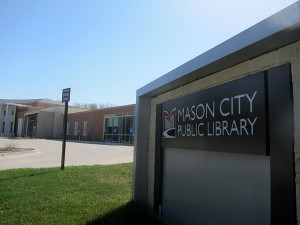 MASON CITY – Mason City officials say the installation of  windows that open up and have screens on them will lead to significant utility fee savings and other benefits as they look to install more of them.

In a memo to city administrator Brent Trout, library director Mary Markwalter says that 4 windows were already installed in areas of the library mainly used by staff. Those new windows open up, have screens on them, and replaced windows that did not open.   The result will be “a significant boost to employee morale” and decreased utility costs during certain months of the year.

Mrs. Markwalter says in the memo that up to $2,000 would be saved during 4 months of the year when “the library (does not) have to operate the HVAC system (except for blowers), leading to $8,000 a year in savings once a proposed project is complete.

The cost to the library to install up to 15 new windows is $15,359.00, according to an estimate submitted by Mason City Glass. There will be one or two installed in rooms that do not currently have a window that can be opened, Mrs. Markwalter told NIT.

The Mason City council will need to review and approve the contract, if approved by the library board.