Were you scammed by Citibank? Federal agency may score a refund for you 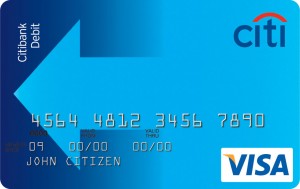 “We continue to uncover illegal credit card add-on practices that are costing unknowing consumers millions of dollars,” said CFPB Director Richard Cordray. “In our four years, this is the tenth action we’ve taken against companies in this space for deceiving consumers. We will remain on the lookout for similar conduct and will address it as we find it.”

The Bureau found that Citibank or its service providers marketed these products deceptively during telemarketing calls, online enrollment, “point-of-sale” application and enrollment at retailers, or when enrolled consumers later called to cancel certain products. For example, confusing text on pin-pad offer screens at the point of sale increased the likelihood that consumers applying for credit cards at a retailer would not realize they were both applying for credit and purchasing debt-protection coverage. These illegal practices affected an estimated 4.8 million consumer accounts. Among other things, Citibank’s misleading or illegal marketing or retention practices included:

Under federal law, in order for Citibank or its vendors to obtain consumers’ credit information to provide the credit-monitoring or credit-report-retrieval services for certain add-on products, consumers generally must authorize access to that information. In many instances, however, Citibank billed consumers for these products without having the authorization necessary to perform the credit-monitoring and credit-report-retrieval services. In other cases, Citibank or its vendors could not provide the promised services for other reasons, such as when the consumer’s information could not be found in the consumer reporting companies’ files. As a result, Citibank:

Citibank engaged in these unfair billing practices from at least 2000 through 2013. About 2.2 million consumer accounts were improperly billed product fees while not receiving the full product services.

When collecting payment on delinquent retailer-affiliated credit card accounts, Citibank offered consumers the option to pay by phone using a checking account, so the payment would post to the account on the same day. There was a $14.95 fee associated with using this option. Citibank misled consumers by not disclosing the purpose of the expedited payment fee. It misrepresented the payment fee as a “processing” fee and did not explain that the fee was to post payment to the account on the same day it was made rather than a fee to allow payment. Citibank also failed to disclose other no-cost payment alternatives. The company charged the fee even though it was rarely in the consumer’s interest to pay the fee so that the payment would post on the same day.

Pursuant to the Dodd-Frank Wall Street Reform and Consumer Protection Act, the CFPB has the authority to take action against institutions engaging in unfair, deceptive, or abusive practices, or other violations of federal consumer financial law. This is the tenth action the Bureau has taken against companies for illegal practices in the marketing or administration of add-on products and services. The CFPB’s order requires that Citibank:

The CFPB is taking this action in coordination with the Office of the Comptroller of the Currency, which is separately ordering a $35 million civil penalty and restitution from Citibank and Department Stores National Bank for some of the same illegal practices.

One Response to Were you scammed by Citibank? Federal agency may score a refund for you