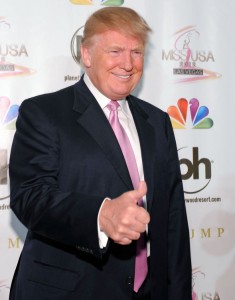 HAMPTON – Donald Trump was the clear winner in a poll conducted recently in Franklin county by Republicans.

Shawn Dietz, Franklin County GOP Chair, reported today that at last week’s Franklin County Fair in Hampton, the Republican Party of Franklin County conducted a “Cast Your Kernel” poll of that included 15 GOP Presidential candidates. A total of 533 corn-kernel ballots were cast by visitors to the booth. Below is a top 10 countdown of candidates according to their unscientific poll:

“Though our “poll” was unscientific, it is interesting to note that 3 of the top 4 finishers match the findings of the latest Real Clear Politics average for the 2016 Republican Presidential nomination,” Mr. Dietz said.

The “Cast Your Kernel” poll was conducted from Wednesday, July 15th through Sunday, July 19th.

Despite fiery rhetoric from Trump in recent days, he continues to lead many national polls, as well.